Even though communication and information technologies have made constant communication
between clients, coworkers, and supervisors even easier, the Bureau of Labor Statistics last month said remote work and telecommuting has actually remained flat since the mid 1990's, and that only around 24 percent of employed Americans said they work from home even just a few hours a week.

The U.S. Department of Education, meanwhile, found comparable statistics for students engaged in distance learning and Web-based education. In 2009, twenty percent of undergrad students took an online or distance learning course of some sort.

Though we've got hangouts and video chats, asynchronous and live document collaboration, online classrooms with video feeds and lecture repositories, and metrics regarding every type of relationship and communication you could think of, working and learning are still mostly done face to face.

In fact, while all the technologies mentioned above let us communicate better from afar, there are just as many that seek to help us better communicate up close, and some of them are frankly thrilling. I've had the fortune to witness a couple of these technologies first hand, and the future of meetings is definitely bright.

In the conference room 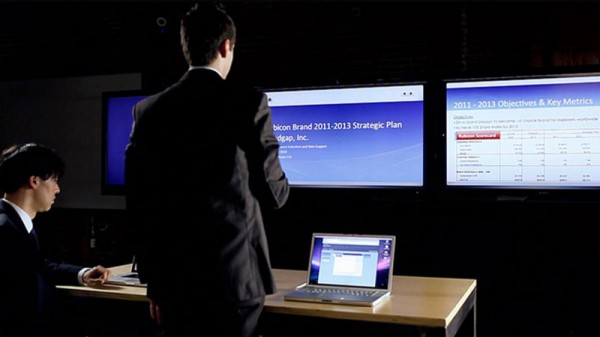 Powerpoint, a common illness among face-to-face meetings, is a good tool when one person has to present an idea to many viewers. But it is absolutely lousy when it comes to facilitating an interactive discussion. If the presenter highlights a point in his slide deck that one of the participants could elaborate upon with data or slides of his own, there's really nothing the participant could do short of disrupting the presentation and starting his own.

This is something that Oblong Industries has worked to remedy. Oblong, it should be noted, is so far ahead of the curve that we are only just now beginning to see some technology Oblong's lead scientist John Underkoffler devised nearly twenty years ago. Underkoffler's ideas are so futuristic that he acts as a consultant to Hollywood's sci-fi directors. As a result of this scientific vision, Oblong has created a "surfaceless" 3D interface that unifies tons of data and makes every consumer operating system on the market feel like Bronze Age technology.

But a more current solution the company has created is a meeting room technology called Mezzanine that shatters the Powerpoint interactivity barrier. With the Mezzanine platform, the content on presentation screens can be controlled, manipulated, or improved with practically any PC, smartphone, or tablet that has come into the meeting room. It's as flexible as it is powerful. 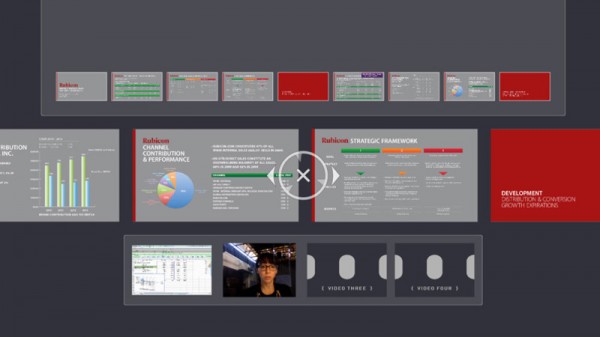 In a meeting to discuss a new piece of machinery, for example, the presenter can show off traditional slides, connect to live data sources, and patch in remote conference participants. An engineer with a CAD file of the machine on his PC can sit down and add his rendering to the presentation live without having to upload or convert any files. Meanwhile, the attendee who might not be able to see the screen very well can connect his iPad to the presentation and see the images live and up-close.

It's a simple enough concept, but its execution, like Oblong's other futuristic technology, is staggering.

"We have these company goals that animate us and make us excited to come to work every morning, and have a strong set of ideas about the future of technology," Oblong CEO Kwin Kramer told BetaNews. "But Mezzanine is targeted at immediate pain points and use cases. We're equally excited about drawing a slice through the big picture of multi-user, multi-device, multi-stream computing and showing how you can use it today, and how you can change the way you work."

"To be able to just point at a screen, and to interact with a bunch of data, to pull up a new communications channel, or a new screen, or a new program; that's where we imagine all of us will be in ten years," Kramer continued. "Mezzanine provides a pretty big chunk of that at an affordable price point today, it's a bunch of screens in a room, a bunch of devices you bring into a room, and a flexible set of communications channels and data accessors and an open-ended workflow where anything you can grab on the screen, you can move around, resize, manipulate, and send to a colleague. It's a really big stepping stone toward what we're fully imagining."

The educational experience is evolving with technology, and traditional learning theories are adapting to find the best usage scenarios for e-learning, m-learning, and the other forms of tech-assisted learning.

Yet, similar to the way Oblong improves the Powerpoint presentation by pulling in participant devices and divergent data streams, the learning experience in the classroom can also benefit from interactivity with student devices. A company called Top Hat Monocle provides a Web-based platform for that. 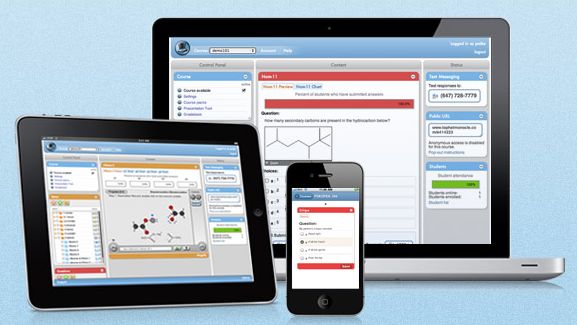 "When I was in school, you'd have a professor teaching, and to make sure everybody was participating, or awake…students would have to put up their hands, or the particularly mean ones would call a student out cold and say 'Hey, what's the answer to this question?'" Top Hat Monocle's Chief Revenue Officer Andrew D'Souza told us. "That was the depth of the lecture engagement you could get."

This scenario is common, especially for big seminars and lectures at large schools. Essentially, even though it is a classroom full of people, participation was still one-to-one. But many years ago, the concept of RF "clickers" started to gain traction in the classroom. These standalone devices let the lecturer ask questions of the class, and students could participate by punching in the answer on their device. (Pictured below is one of these devices that I've had sitting in my desk drawer for just about six years.) 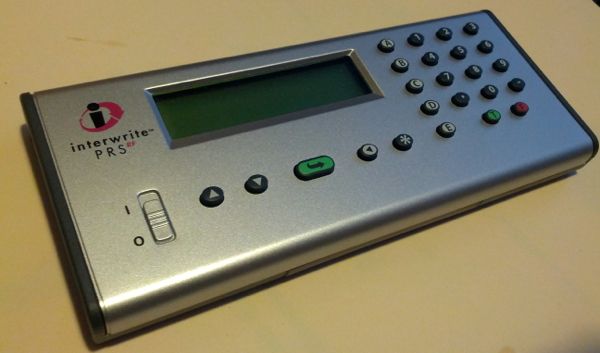 Clickers like this could cost anywhere from $50-$100, and only serve one purpose. Top Hat Monocle took that clicker concept, and turned it into an HTML5 Web app accessible on any device with a browser.

"Because people have devices with them, teachers are now able to ask questions in a more structured way to EVERYBODY in the class, and that almost forces everybody to participate," D'Souza told BetaNews. "What that does is make the participant feel like there's value in being there, rather than just watching the lecture or meeting, or seeing that content asynchronously. It also gives the speaker or lecturer some real-time feedback as to how their message is being received by the audience."

"Clickers did this to some extent, but in a very limited way: true or false, multiple choice. But there was a high upfront infrastructure cost to add them versus some pretty minimal benefits, so they were largely overlooked. But now that everybody's connected and has their own devices with them, the overhead is a lot lower, and the amount of flexibility you're given with a full graphical user interface, keyboard and mouse or touchscreen, it becomes much more compelling."

The important gap that Top Hat Monocle bridges is the one between the in-class content and the school's learning management system. In this way, it can measure participation and information retention, and use that as a component in Blackboard, Moodle, Sakai, Desire2Learn, or other LMS systems.

In the end, technologies like Mezzanine and Top Hat Monocle do more than just take disparate devices and connect them together, they are connecting different information streams together on devices we are already using to enrich and improve the experience of bringing a bunch of humans together in the same room.

3 Responses to Face to face meetings keep getting better, despite long-distance communications tech