Hooray for Hollywood, or Lost in Translation? Movie-making with the Nikon D600

There has been a great deal of enthusiasm about making indie movies on Digital SLRs (and even some television -- Joe Wilcox of this parish reminds me that an episode of “House” was filmed on a Canon 5D, as was one of the BBC’s “Wallander” episodes). There are two main reasons for this enthusiastic adoption -- firstly, both camera body and lenses are incredibly low-cost compared to a conventional digital TV or movie camcorder, and secondly, they have full-frame (35mm size) sensors to give that shallow depth of field “film-look”.

While I’ve followed all this with interest, I’ve never personally been fully convinced.

I’m in Vienna, Austria, as I write, and I’ve been using the recently-launched Nikon D600 to shoot a short piece about the Christmas Markets for our online TV program at www.coolcucumber.tv. So have I now changed my mind? Well, it’s a definite maybe.

Let’s cut to the chase.

First of all, remember that these cameras are designed for shooting still photographs, and for that purpose most reviewers seem to agree that the D600 is exceptional in its price-range. This is a fabulous D-SLR, but movies are different in several respects, and what follows is a personal reaction to shooting video with the D600.

Since this camera has a 24MP sensor, movies only use a small part of it, and you can choose whether to shoot full frame (for that shallow depth of field) or in DX mode, (using the same sensor area as a normal D-SLR), which still gives you 1080p, but increases depth of field, and the effective focal length of your lenses by 50 percent -- so a 300mm telephoto becomes 450mm. 28mm becomes 42mm, so you lose at the wide end. But, hey, you can switch between shots!

Vibration Reduction (with a VR lens) is very good. Don’t expect miracles, but if you have a pretty steady hand anyway, then you really can use the longer focal lengths hand-held.

A very useful artificial horizon can be displayed on the live view screen, so that you can be confident that any wonky angles are deliberate.

Generally, I found I preferred results with exposure set down about half a stop. This also  gives that extra bit of protection from clipping highlights, something that all digital camera are vulnerable to, however expensive, and however wide their exposure latitude. Once highlights are clipped, they’re gone forever; but you can often pull quite a lot out of the shadows.

The on-board (mono) microphone is surprisingly useful for background and guide-tracks -- though very susceptible to wind noise. Fortunately there are 3.5mm sockets for mic (with 48v phantom power) and headphones.

There are two SDHC card slots, so with 2 x 32GB cards (get fast ones) you can record for up to about 5 hours at best available quality.

The Not So Good

If you have the arms of King Kong, the eyes and powerful talons of a hawk and that useful third arm to hold add-ons, then this might just be the movie camera you’ve been looking for. Otherwise,  honestly, as a movie camera, any digital SLR is an ergonomic disaster area, compared to a conventional movie camera or a normal shoulder-mount broadcast tv camcorder. Video recording works only in live mode, so you have to use the LCD screen on the back of the camera as a viewfinder, which means holding the camera out in front of you. It’s not lightweight (mine is 2kg with lens) and with anything but a standard lens, it’s very front-heavy. Operating switches as well as holding the camera can put quite a strain on your fingers as well as your arms. The screen is quite bright, but even so it’s hard to see in bright sunlight, and difficult to be sure of focus.

For this reason, whereas with a dedicated camcorder you would normally operate everything manually, it’s very difficult to work like that with the D600. The good news is that the automatics work well, provided you get used to what they’re going to do for you. 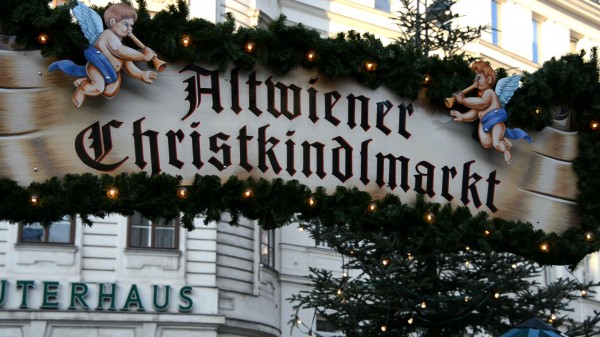 For instance, automatic focus (which you have to trust) is generally good, provided that you set your focus at the beginning of a shot and leave it. There is a focus-tracking mode, but it’s not useable in shot. The servos make a terrible noise (recorded beautifully by the internal mic) and the focus hunts all over the place.

On the other hand, I found that auto exposure can pull stop reasonably well during camera moves.

So while it’s a great piece of equipment to grab and shoot stills with, you usually need to stop and set things up a bit before doing the same with moving pictures. Any subject whose distance from the camera changes is a challenge, particularly in FX mode with its shallow depth of field. Such action (even something as simple as somebody walking towards camera) needs to be rehearsed. So this isn’t the camera for reliably catching unpredictable action.

What you really need is to have the camera on a tripod, a dolly, or a steadicam-type of harness, ideally with a focus-puller manually keeping things in focus. Also, if you have a zoom lens, it’s unlikely you’ll be able to do any zooming in shot. Which is no problem, but again, dictates a certain type of filming.

The built-in mic is useful for atmosphere and background sound, but not really suitable for interviews or dialogue, so you need an external mic (3.5mm to XLR adaptors are cheap and easy to find), probably on a boom.

So we already have three people operating this simple, cheap camera. Plus a Grip to push the dolly for tracking.

The quality recorded in the camera is subjectively very good MP4 at 25MB/s. But it’s not good enough for the big screen -- or for the technical standards of broadcast television, where a data rate of at least 50MB/s has become the minimum for full-program production. (These requirements are based, not just on what the pictures look like straight out of the camera, but how well they will survive post-production and the transmission chain, involving multiple stages of uncompression and recompression before reaching the home viewer.) 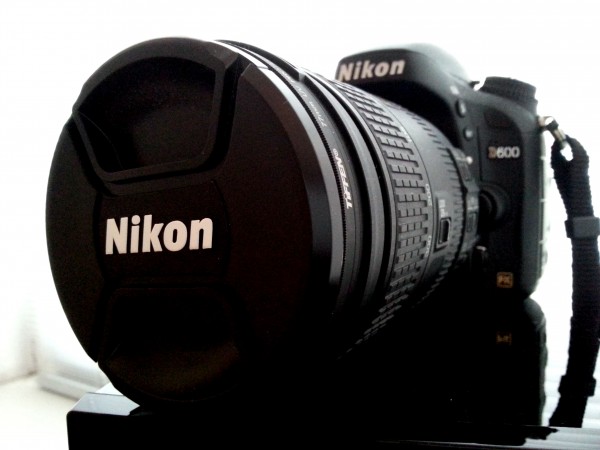 So this video is fine for occasional shots and short sequences (even for broadcast, where you’re allowed up to 10 percent of a program originated at lower quality), and obviously fine for non-broadcast, small-screen use. But not for the big screen. I’ve compared Nikon D600 footage alongside material shot on a Canon XF300 -- at around $9,000, itself quite an inexpensive camera -- and while the Nikon pictures are definitely very good, there’s something indefinably “better” about the Canon pictures. (I’ve done the same comparison between the XF300 and pictures from HDCAM, and there the Canon is equally clearly, and subtly, behind. But then in both cases you’d hope to get some difference for all the extra money.)

But there is (or will be) a solution to this particular problem. The Nikon outputs uncompressed HD through its HDMI port. At the moment, the picture is cropped by 5 percent, for reasons that probably made sense to Nikon at some point, but I hear that a firmware upgrade will solve this. Recording these pictures on something like Blackmagic’s (www.blackmagic-design.com) Hyperdeck will give you the technical quality you need. But out on the road it’s an extra cable and an extra thing to bolt on.

One slightly worrying thing is the occasional appearance of moiré patterning in areas of very fine detail. It’s not too objectionable, but it’s definitely there. So far I haven’t had an opportunity to test whether this comes from the camera itself or the video encoding (I have no way of looking at the HDMI output where I am at the moment).

When you’re shooting stills, a single battery charge often seems to last forever -- days, week, or longer. It’s different with video, and any serious shooting is going to need at least one spare battery, since charging takes quite a while. Based on my recent experience, I guess a single battery will probably give you half a day’s solid work. Definitely, by the second half of a day, you’ll be glad you have another available, even if you don’t use it.

The Parade Moves On

Further to all this, as far as indie movies are concerned, things are moving on rapidly. There’s now a choice of full-frame camcorders across the whole price-range from second-hand car to don’t-even-think-about-it. More significantly for D-SLRs, 4K is the new game in town -- four times the resolution of HD. Recent months have seen the launch of a number of comparatively reasonably priced 4K camcorders from Sony, JVC, Red and Canon. Certainly, if you want to future-proof your production (as far as that is ever possible) I’d say 4K is now what you have to shoot.

But I Still Love My Nikon

This has ended up sounding rather negative, but it’s not at all what I mean. I’m writing from one distinct perspective. This is a great and flexible camera. Terrific for stills, and for short video, non-broadcast video, or as a backup ‘B’ camera -- everything I hoped for when I bought it. Just that it hasn’t convinced me that D-SLRs are good for movies -- and a lot of my comments have to do with the ergonomics and practicalities of using any D-SLR for film-making. Your mileage will be different, and every decision depends on where you’re starting from – and how you got there.

Ian Lewis runs The Farnham Film Company (www.farnfilm.com), a small, independent film and tv production company in the UK. He has been following, using and writing about technology since TV news was shot on 16mm film.