IBM to customers: Your hand is staining my window 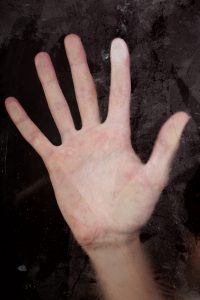 A month ago I began hearing about impending layoffs at IBM, but what could I say beyond "layoffs are coming?" This time my first clues came not from American IBMers but from those working for Big Blue abroad. Big layoffs were coming, they feared, following an earnings shortfall that caused panic in Armonk with the prospect that IBM might after all miss its long-stated earnings target for 2015. Well the layoffs began hitting a couple weeks ago just before I went into an involuntary technical shutdown trying to move this rag from one host to another. So I, who like to be the first to break these stories, have to in this case write the second day lede: what does it all mean?

It means the IBM that many of us knew in the past is gone and the IBM of today has management that is, frankly, insane.

Tough talk, I know, but I’ll offer up right here and now a very public experiment to prove what I mean.

So you are about to read here a very negative column about IBM saying things you may or may not already know but it generally comes down to the idea that those folks in Armonk are frigging crazy and are doing both their company, the nation -- maybe the world -- an incredible disservice.

Here comes the experiment. Look at the comments at the bottom of this column. There will shortly be dozens, possible even hundreds, of them. See how many of those comments are from happy IBM customers. If IBM is doing a good job then IBM customers will speak up to support their vendor and tell me I am full of shit. Customer satisfaction is all that matters here, because at the end of the day companies live and die not by their quarterly earnings-per-share but by their ability to please customers. And I’m quite willing to predict that the number of comments from happy IBM customers below will be close to zero, because IBM is a mess, customers are pissed, and management doesn’t seem to care.

Feel free to go check the comments right now and I’ll wait for you to come back……..

Let’s look at IBM’s recent financial numbers, which you can find in several places (I prefer Yahoo Finance, myself). IBM’s Global Technology Services brings in the most revenue, 38.5 percent and 29.4 percent of the profit. Only the software group is bringing in more actual profit. IBM’s big money maker is struggling. Revenue is slipping and profits are being maintained by cost cutting. Cost cutting is hurting the quality of service and that is contributing to the decline in overall business. There is no rocket science to this.

Internally IBM is amazingly secretive. Employees are rarely told anything of substance. This includes business plans. For the most part the rank and file of IBM do not know anything about the company’s business plans. What is Ginni Rometti (she’s the chairman, president and CEO of IBM) doing? What is her plan? Most of IBM simply does not know. Workers are given the company line, but none of the company substance.

Take, for example, these current layoffs: how many people have recently lost their jobs at IBM? Nobody outside the company actually knows. The even more surprising truth is that almost nobody inside the company knows, either. I’ve heard numbers from 3,000 all the way to 8,000 current layoffs and you know I believe all of them because there are so many different ways to carve up this elephant.

Global IBM employment is clearly dropping but employment in India, for example, is rising, so is this a net global number or gross layoffs? Nobody knows. What we do know is that layoffs are happening in nations where IBM salaries are higher than average -- Australia, Canada and the USA -- yet where regulations more easily allow such cuts. No jobs are being lost at IBM France, as far as I’ve heard, because there would be no associated financial savings in that socialist system.

Why won’t IBM reveal these numbers? They are numbers, after all, that might actually cheer Wall Street, where cost-cutting is nearly always good news. I could only speculate why and this is one time where maybe I’ll leave that to you in your comments, below. Why do you think IBM no longer reveals its employment numbers?

What has become evident to me about these particular layoffs is that they are extreme. Good, hard-working, useful employees are being let go and their work transferred either to other local team members who are already overworked or to teams in India. Customers are rightly growing wary of IBM India.

I’ve heard from some IBM customers who say they have been bending Ginni’s ear about IBM screw-ups. So she started an initiative to improve the "customer experience". Alas, from those who have been touched by it so far this initiative appears to be all marketing and fluff with no substance behind it. The things that are upsetting IBM customers are not really getting fixed, the company is just telling customers that things are being fixed. The truth is that in foreground IBM has more people telling the customer what they want to hear and in the background IBM has more people yelling at the support teams to do a better job.

But telling and yelling are not the best path -- or even a path at all -- to a better customer experience.

Internally the story is that Ginni expects each division to make its numbers. No excuses. Failure is not an option. That explains these new layoffs. Each division is looking at its budget and is in the process of cutting itself back to prosperity. We can probably expect IBM to do something like this every quarter from now on.

IBM executives are fixated on the 2015 plan. That plan is only about increasing shareholder value, AKA the stock price. Ask Warren Buffett, if you have him on speed dial, if this kind of thinking even qualifies as a business plan. He’ll tell you it doesn’t.

Here’s what’s most likely coming for IBM. As each quarter rolls by it will become more obvious to Wall Street that IBM’s business is flat and/or declining. IBM may make its income and profit goals each quarter, but revenue will continue to going down. The only thing that will change this is if the dollar drops dramatically -- an effect that has helped Big Blue before. But if the dollar stays about where it is, perception is an important part of any stock price and when a business is flat or declining, Wall Street does not like that. Regardless of how many jobs IBM cuts, then, the stock price will eventually go down. IBM can make all its income and profit goals yet the stock price will still drag down shareholder value.

What happens then? More share buy-backs, the sale of complete business units, and then, well then I don’t know what, because I see no end to this trend with current management. Maybe that’s it: IBM management will change, new management will blame everything on old management, and they’ll try to reset the clock. But it probably still won’t work because by then both worker- and customer loyalty will be gone completely.

Making its numbers is IBM’s only priority right now. IBM will push its customers to the breaking point and will abuse its employees to achieve this goal. IBM does not care who it hurts. The IBM that used to be the leader in social reform and good corporate citizenship no longer exists.

Where are the customers in this? In IBM’s big plans its customers are a necessary evil. When you look at the poor quality of service IBM is providing it is very clear IBM does not value its customers. Making the 2015 plan is the only priority and IBM is willing to compromise its service to customers and abuse its workforce to get there.

No IBM customer is asking the company to put fewer workers on their account.

Sometime, perhaps soon, CEO’s and CIO’s will begin to openly discuss their IBM experiences in Wall Street circles. Perception is a powerful force and it will eventually take a big bite out of IBM.Only then, when it’s already close to over, will the general press, the public, and our government even notice what’s happened.

At some point IBM will realize its 2015 plan has already failed (remember you read it here first).IBM’s stock price will drop… a lot. When the price is low enough it will force the company to change how they run the business. At that point they may actually go back to doing things right, and IBM’s value might improve again.

Frankly, by then it will probably be too late.

I wish I was wrong about this.