Surface Pro -- is Windows 8 the biggest failing of this expensive tablet? 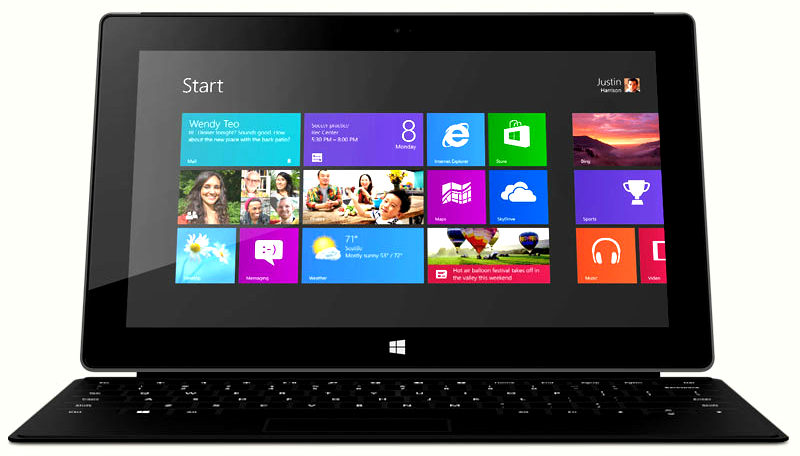 Almost every time I have written about Microsoft in the past, I have been accused of being on the company's payroll when I write something positive, or being a hater out to bash the firm when I write something negative. Fair warning to anyone inclined to make such accusations (and a slight spoiler); this is one article in which I am going to sit firmly on the fence.

Let’s get one thing out of the way to start with. I quite like Windows 8. It’s not perfect and I have my complaints, but it is my primary operating system on three computers, and has been for some time. Until now, my only experience of Windows 8 has been on a traditional desktop and a laptop -- this means I have only interacted with the OS using a combination of a keyboard, mouse and trackpad.

Perhaps this is why I have developed a universal loathing for everything modern/Metro related in Windows 8; navigating with a keyboard and mouse seems clunky, slow, unintuitive, and awkward. Getting my hands on a Surface Pro gave me a chance to put a theory of mine to the test.

Since Windows 8 was first released, I had the feeling that it was a poor hybrid. As far as I’m concerned, there is little wrong with Windows 8’s traditional desktop mode. But used on a regular desktop machine, it has always felt to me that the 'modern' side of things was tacked on almost as an afterthought.

Maybe that’s not quite it. Perhaps what I’m trying to say is that the 'modern' aspects of Windows 8 felt to me like a half-finished mobile operating system. It was clearly designed with touchscreen devices in mind but it was bolted onto standard Windows regardless.

For me this conjured up two possibilities. Firstly that Windows 8 proper just wasn’t different enough to Windows 7. By adding the 'modern' facet, users are presented with a choice, with the perception of added value -- hey, it’s almost like two operating systems for the price of one!

But the modern/Metro/mobile side of things -- even though I had only previously looked at it from a desktop point of view -- seemed underpowered. It lacked the finesse of iOS. It lacked the punk rock attitude of Android. It was fluffy, cutesy, clumsy and… big. It felt as though Microsoft did not have enough faith in this side of the operating system to release it as a product in its own right, be that because of an underlying reliance on standard Windows architecture or due to the mobile aspect being under-developed.

For me, it basically made Windows 8 feel slightly directionless. It couldn’t quite decide what to be, so it tried to be everything. I’d long wondered if using the same operating system on a touchscreen monitor or a tablet would change my mind. A Surface Pro (I veered firmly away from Windows RT) came into my possession, so it was time to find out.

There’s certainly a lot to like about the Surface Pro. In terms of build quality it is hard to fault. It is a delightfully solid piece of hardware, albeit it verging on the heavy side. As an iPad and Android tablet owner, the size and weight difference is quite noticeable. Still, considering this is essentially a notebook/ultrabook, it’s more than forgivable.

The screen is just lovely. Packing a resolution of 1920 x 1080 into the same physical space as my Samsung NC10, which did 1024 x 768, makes things look wonderfully crisp and bright. The touchscreen itself is -- perhaps obviously -- intuitive. Being familiar with iOS and Android probably did nothing to help here, everything just works pretty much as you would expect.

I’m not much of a fan of on-screen keyboards, and my Android tablet has been used as testing ground for more keyboard apps than I care to remember. The stock Windows keyboard is about as unpleasant as they come, so I was pleased to have access to a Touch Cover and Type Cover.

Both keyboard/cover hybrids work in the same way, snapping magnetically into place and providing a full-sized keyboard that doubles up as a screen-protecting case. The Touch was too unpleasant to use. The flat keys offered no tactile feedback and required precise finger positioning that was not easy with no guiding key edges to work with.

The Type keyboard is far better in my opinion, more closely resembling a laptop keyboard. But there is a slightly odd keyboard layout and some strange decisions have been made. The left Shift key is too small, the arrow keys are badly positioned and whoever thought it was a good idea to drop the Prt Scr key is in need of serious interrogation.

It was great to be able to navigate through Windows without using a mouse. Launch Explorer with a prod. Scroll through files with a drag. But on numerous occasions it was obvious that the bulk of Windows is not ideally suited to touchscreen operation, and this is certainly true for a lot of apps.

Switching out of desktop mode was a different story. Here apps have been designed with finger pokes in mind. Interface elements are larger and easier to hit without having to think about it too much -- but this does come at the expense of features. There are few 'modern' apps that are not mere shadows of their desktop counterparts.

So have I been sold on 'modern' Windows 8? Well, I can see its appeal a little more clearly, but for me it still doesn’t quite work. Just like Windows 8 tries to be everything to everyone, so I get a very similar feeling about the Surface Pro.

The software means that it is not as great to use in tablet mode as either Android or iOS, but at the same time you are able to use all of the apps you are familiar with. Used in laptop mode, neither of the keyboards I tried out were perfect -- the Touch Cover particularly so -- and the fold out stand meant that it was difficult to use on my lap. I had to find a surface to use my Surface.

So yes, I do like the Surface Pro. I’m not sure I’d go so far as to say I love it, but it has won me over. That said, whether used as a tablet or a laptop, it feels as though compromises are being made. I haven’t decided which mode works best yet, but my preference for regular Windows 8 coupled with on-screen-keyboard-phobia found me switching to laptop mode more often than not.

It’s a shame. Surface Pro could be a great tablet. As much as I like Windows 8, I can’t help but feel this is really what has prevented Surface from taking off. Oh, that and the absurd original price tag.

68 Responses to Surface Pro -- is Windows 8 the biggest failing of this expensive tablet?