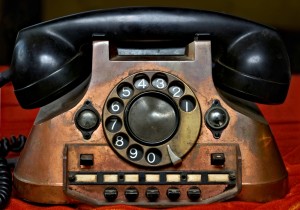 Mark Zuckerberg may be keen on making the internet accessible to everyone in the world but it appears even in the US there is still a little way to go. A report by Pew Research reveals that while 70 percent of US residents over the age of 18 have a high-speed broadband connection at home, access is not as prevalent as the Facebook founder would doubtless like.

The research center’s Internet & American Life Project has monitored broadband usage since 2000 when dial-up connections accounted for 34 percent of access and just three percent of adults used a broadband connection. Increased availability of Internet access means that 73 percent of US adults now have some form of connection at home, compared to just 37 percent 13 years ago.

Although broadband usage has increased fairly steadily, three percent of Americans are reportedly still struggling on with dial-up. Perceived cost as well as a lack of interest are the reasons cited by the 27 percent of people who have no form of home Internet connection, says the report’s author Kathryn Zickuhr.

Besides having a need for, or interest in, using the web, the main factors determining whether a household is connected or not are found to be age, education and income. Broadband adoption rates are highest among the over 50s, college graduates and those from a household with an income of $50,000 and above.

The research also finds that more than half of US adults (56 percent) have a smartphone, although these individuals were not included in the "broadband" connection figures. Analysis of the research reveals that 32 percent of people who do not have a broadband connection do have a smartphone that could be used to get online.