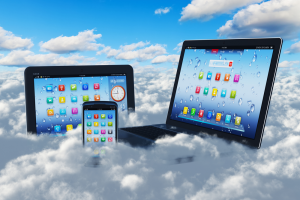 In a blog post that looks forwards as well as backwards, Skype lays out details of planned improvements for the desktop and mobile versions of the app. Mark Gillett applauds the technological improvements that have been made over the past year and also gives a glimpse of the changes we can expect to see in the year to come. The post acknowledges that a large proportion of Skype usage is on mobile devices, and a number of mobile-friendly changes are revealed.

One particularly noteworthy feature specific to mobile users is the promise that chat synchronization across devices will be improved. This is something that anyone who used Skype on multiple devices will have noticed can be a problem. Send a large number of text based messages from the desktop version of Skype and when you launch Skype on another computer or a phone, you'll currently find that there can be quite a delay as message history is downloaded. While no details are provided, Gillet says:

"We are working to synchronize chat message status across all of your devices so you will know the current status of all of your chats on every device you use to interact with Skype. This capability will be rolling out across clients over the next few months".

Mobile users look set to reap the benefits of efficiency improvements. The blog post makes reference to the battery-saving "sleep" mode which enables Skype's cloud backbone to take care of the bulk of the work, taking the strain off handsets. No further specifics are given, but further improvements in this area and account security are mentioned.

Microsoft has put a lot of work into Skype since acquiring it, and this shows no sign of slowing pace.