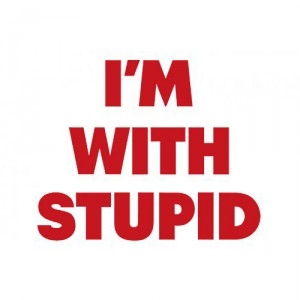 IBM today sold its Intel server business to Lenovo, yet another example of Big Blue eating its seed corn, effectively dooming the company for the sake of short-term earnings. It’s a good move for Lenovo and an act of desperation for IBM.

Wall Street analysts may see this as a good move but then Wall Street analysts typically aren’t that smart. They’ll characterize it as selling-off a low-margin server business (Intel-based servers) to concentrate on a higher-margin server business (Z-series and P-series big iron) but the truth is IBM has sold the future to invest in the past. Little servers are the future of big computing. IBM needs to be a major supplier and a major player in this emerging market.

If you look at the technology used today by Google, Yahoo, and Amazon and many others you’ll see it is possible to operate a large enterprise on huge arrays of inexpensive Intel servers. For a fraction of the cost of an IBM Z-Series (mainframe) or P-Series (mid-range UNIX) system, the equivalent compute power can be assembled from a modest number of low cost servers and the new software tools. IBM turned its back on this truth today by selling the Intel server business.

Information Technology is entering a commodity era of computing. Mainframes, mid-range computers and servers are becoming commodities and IBM needs to learn how to operate in a commodity market. IBM needs to become the lowest cost, highest volume producer of commodity servers. Developing new million dollar Pure systems will not bring the business needed to IBM’s Systems and Technology group.

Somebody in Armonk has to know this, right?

IBM needs to embrace the new era of large arrays of inexpensive Intel Servers. IBM needs to adapt its mainframe and mid-range applications to this new platform. The world is moving in this direction. Selling the Intel server business is the exact wrong thing to do for the long term health of IBM.

Inexpensive servers do not necessarily have to be Intel based. IBM could become the leader of large arrays of inexpensive Power- and ARM-based servers. The market is moving to commodity processors. IBM needs to evolve too and be part of that future. But as today’s news shows, it isn't evolving and won’t evolve. I fear the company is doomed.

And on that note you may be wondering about my eBook on IBM I said would out by Christmas. Family matters intervened but it now looks like the book will appear on Amazon around the second week of February. You can be sure I’ll put a link right here when it is available.

I say it "looks like" the IBM book will be available then not because there’s any doubt about its timely completion but because of the way the publishing industry works. Some of you may remember that I’ve been slaving away for almost a year on a top-secret book for a major publisher. Well in the depths of that long book contract was a clause giving that major publisher an option on my next two books, which turns out to include this eBook on IBM.

If they like the finished manuscript they may grab it and I have no idea what that means except it sure won’t result in the book appearing sooner.

We’re all equally clueless in this one.