Why 3D TV is failing in the home 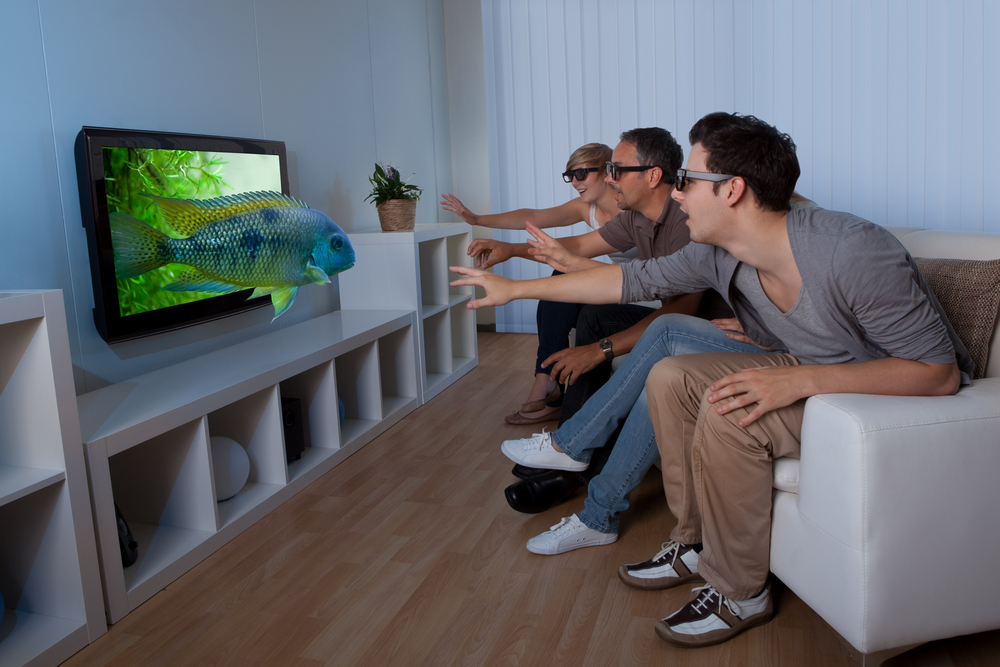 Does anyone remember Nintendo's Virtual Boy? It was an overpriced, underpowered 3D gaming system from the mid 1990s with little content and awkward hardware to justify its high price tag. Other pesky limitations, like the fact that you could really only play on it comfortably while seated at the dinner table, drove Nintendo to shut this commercial flop down before it became laughing stock for competitors like Sega and Sony.

I'm not interested in strolling down gaming's memory lane here. I never owned a Virtual Boy myself, as my Sega Genesis was enough to keep my gaming heart fulfilled at the time. While the premise of 3D was appealing, the means to getting there were impractical in every sense.

The Virtual Boy should have been a must-read case study for all of the TV manufacturers that invested endless sums trying to convince home buyers into 3D TV. Because for all of their efforts, the 3D TV industry is suffering from the same pitiful shortcomings that stopped Virtual Boy dead in its tracks. 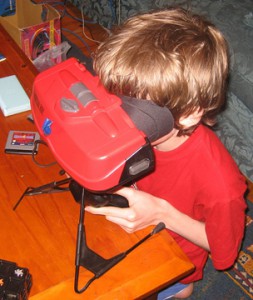 While Nintendo's Virtual Boy was a much larger cluster-blank then current day 3D TV, its failure rested upon a similar set of dilemmas. Too little content, an expensive price tag, and downright awkward viewing hardware. At least 3D TV doesn't force you to sit at the table each time you want to use it, like the Virtual Boy regretfully did. (Image Source: IGN)

The barriers to entry for enjoying proper 3D gaming on the Virtual Boy were very similar to what is skinning the 3D TV industry. These include:

As you can see, the hurdles for 3D TV are plentiful. By far, the biggest, nastiest one has no doubt got to be content. And more specifically, breadth and reach of such content. Not just across movies, but television channels too. And this is one nagging factor that 3D TV proponents can't seem to come to grips with.

If you question how long it will be (if ever) before 3D content becomes ubiquitous, take this nugget of information to heart. HDTV has been around in some form in the United States since July 1996. Did you do the math? That's a full 18 years already -- about the same timeframe that the internet has existed in public commercial form.

Yet in the year 2014, at least in the USA, you would be lucky if your best cable TV package offered you a full half of your channels in pure HD format. While nearly all Hollywood releases are given HD treatment on Blu Ray, the situation for broadcast and cable TV just isn't there yet. Its been a long time coming.

So you can see why 3D has a huge mountain to climb here. Not only do consumers need to purchase sets with the tech, but media companies need to invest in the tech to pump out channels in 3D, and Hollywood needs to dedicate more movies with this feature. That goes beyond just offering us Blu Ray films with 3D enabled; the necessary filming equipment to offer the cleanest 3D experience, on the level of Avatar, is not cheap.

One of the biggest stumbling blocks so far have been media companies that just aren't interested in the tech for the long term -- yet. BBC last year announced that it was taking a three year hiatus from making any more 3D content. And ESPN 3D, one of the few and first 3D sports channels out there, was announced for shuttering by the end of last year.

The content producers cite a lack of uptake and interest from the public. And the public lays blame on the producers, citing not enough content (such as myself). And so the evolutionary dilemma takes its toll on yet another budding technology.

However, this isn't one I'm necessarily crying over. 3D TV has another thorn in its side which I also hate: the 3D glasses.

Just like the Virtual Boy before it, 3D TV requires all users to be wearing ridiculous glasses like these: 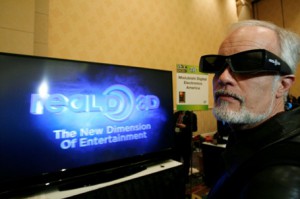 Not only are these glasses uncomfortable to wear for long periods in my opinion, but they can easily be lost in a messy home, and also represent an expensive proposal for larger families. For households that invite guests over commonly during the year, it may not be cost effective to purchase enough glasses for each single guest that may want to watch 3D content with everyone else.

I've always thought that 3D TV could be a viable feature if it weren't for the darn glasses. And to this point, companies like SteamTV are aiming to overcome this burden by giving us what we truly need: glasses-less 3D TV.

ExtremeTech first reported on this development back in 2012. The premise is excellent in theory, but they were blunt about the fact that StreamTV's Ultra-D had a visible ghosting problem, and that images were not as sharp as from their 2D counterparts.

But one other important upside of Ultra-D? The standard promises for the ability to convert any conventional 2D content into 3D, without any input or changes on the end of the media producers. That's a potentially huge achievement if it holds true once StreamTV takes this mainstream.

Another relative problem is the lack of any real Ultra-D sets out in the real world still. While StreamTV was hoping to have sets in the wild by now, the new word on the street is that they will be hitting this year.

And even so, the big question is how many companies will offer StreamTV's technology in their sets? After the current simmering of interest in 3D, will manufacturers and consumers still have any appetite left for giving 3D another go? That's to be seen.

Perhaps StreamTV can turn 3D from fading fad to a uniform option for consumers without the classic negatives. Until these TV sets become ubiquitous, and the technology proves to come at a price point that doesn't break consumers' pocketbooks, 3D will keep riding on a path towards uncertainty.

StreamTV better hope that it can save 3D. Otherwise, it may be getting a prime seat next to the Virtual Boy in the waste bin of tech history.

Derrick Wlodarz is an IT Specialist who owns Park Ridge, IL (USA) based technology consulting & service company FireLogic, with over eight+ years of IT experience in the private and public sectors. He holds numerous technical credentials from Microsoft, Google, and CompTIA and specializes in consulting customers on growing hot technologies such as Office 365, Google Apps, cloud-hosted VoIP, among others. Derrick is an active member of CompTIA's Subject Matter Expert Technical Advisory Council that shapes the future of CompTIA exams across the world. You can reach him at derrick at wlodarz dot net

21 Responses to Why 3D TV is failing in the home