Some thoughts on the passing of Windows XP 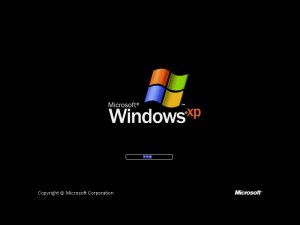 Before Windows XP Microsoft had two PC operating systems. One was the descendant of Windows 95 the other of Window NT. In the years that preceded Windows XP Microsoft incrementally improved the user interface on the Windows 95 side and the reliability and performance on the NT side. Windows XP was the convergence of the best of both. Before XP Microsoft released a new version of its operating system almost every year. It would be almost 6 years until a successor to XP -- Windows Vista -- hit the market (with a thud). Six years was an impressive accomplishment, but still XP lived on. Windows Vista was not the market success Microsoft expected. Vista introduced too many changes. The market chose to stay with XP. It would be another two years before a true successor to XP emerged in Windows 7.

XP is now 12 years old -- the same age as my son Channing -- and both are a little cranky. This week Microsoft officially ended support for XP. Now what’s a loyal XP user to do? Just remember it is the applications that provide the value.

I think Microsoft hasn’t been especially smart about the way it's ended support for XP. It could go on for years more making good money for Redmond. Not all support is gone -- did you know that? Microsoft still has to support the Government of Canada’s use of Windows XP. Governments can do things like that. And since Microsoft already has to provide this paid support to Canada, why not sell it to anyone else who wants to pay?

Here are the rules I’d set:

I’ve heard 90 percent of the critical vulnerabilities found in Windows XP could be mitigated by removing administrator rights. There are a few applications that require administrator rights to work properly, the most significant of which is Apple’s iTunes. All popular Windows XP applications should be able to operate with only simple user rights. If this is not the case the application owner should fix the application. If iTunes is a problem for XP then Apple should fix it.

The market has changed and the needs of Microsoft customers have changed, too. Upgrades need to be easier and cheaper. We can expect people to keep their workstations for five to 10 years. By the same token future operating systems should run fine on five-year-old hardware. You should be able to plan on your operating systems lasting from five to 10 years, too. Maybe we don’t need a new version every 2 or 3 years.

Microsoft should make the cost of upgrades cheaper. Given the size of the customer base and its reluctance to upgrade, I think there is more money to be made by lowering prices and increasing demand. It is truing that in the extreme with Windows Phone.

The Windows interface is the product of over 25 years of evolution. People understand it. They are comfortable with it. Imagine buying a car and finding out all the controls had been moved. That is what Microsoft did with Windows 8. Mobile devices and workstations are very different things. It may not be practical to have the same interface on both. Microsoft would be smart to get better tuned into the needs of its users and the market.

Historically the IT industry has been at its best when there is vigorous competition. The Linux community needs to do a better job of tuning into the needs of PC users. There are reasons the Linux desktop operating systems have not enjoyed the same level of success as has Windows. There are still rough spots and applications that are not available. The sooner there are solutions to these problems, the better.

Then we can stop reminiscing about the Good Old Days of Windows XP.