Google is a bully, but that's not necessarily a bad thing 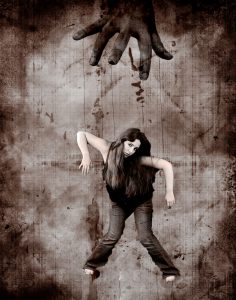 Google has a lot of mud thrown at it, and while a lot of it slides off, there is a good proportion that sticks. There are a variety of accusations levelled at the search giant -- evil, self-serving, monopolistic, nosey, invasive, overbearing, corporate, et cetera, et cetera -- but could it be that the power the company wields is actually a good thing? Could Google use the sway it holds over website owners to make the web a better place? But before we start praising Google, there's no harm in sticking the boot in first, eh?

For many people, Google is a bully. In the constant search for page views, ranking in Google matters -- it matters a lot. My colleague Joe Wilcox argues that writers should write for themselves and their readers rather than Google -- something I would strongly advocate -- but until this notion gathers momentum, there are still countless bloggers panicking themselves silly about what impact the latest search algorithm changes will have on their position in search results. It can be a constant game of catch-up, requiring endless changes to optimize content for maximum visibility -- all too often at the expense of readability and reader experience.

In some ways Google has killed the web. In a bid to stand out, stories have to use ever-more sensational, tabloidistic headlines ("Oh, j'accuse, monsieur Wilson!"). There's the old tale that "dog bites man isn't new, man bites dog is". Battling for attention leads to increasingly eye-ball-grabbing ideas, more extreme content, with the real story, the real narrative, the human element getting lost along the way. In this method Google can be seen as shaping the web in a negative way -- although, as Joe would argue (and I would agree), there is no need to chase for Google's approval.

Whatever your opinion of Google, there is something that's undeniable. Google has power. Lots of power. What if it were to use that power for good? In many ways it already does: there are lots of charitable ventures and numerous very worthy programs underway, for example. Google has been one of the many web companies pushing for greater transparency about government spying online (although it has been suggested, including by myself, that this is something of a public relations exercise, and not entirely altruistic). A report in the Wall Street Journal suggests that Google might now try to push websites into using encryption -- almost inevitably in return for better rankings in search results.

Websites that use encryption protect their users by making it more difficult to spy on activity and it's something that advocates of online privacy have been pushing for some time. If Google lends its support to a campaign, it is likely to gain far more attention than might otherwise have been the case. But, Google being Google, as soon as the company gets involved, suspicions are raised. "What is it after?" "What's in it for Google?"

It does show the power that Google has to shape the present and future of the web. Whether for the greater good or for its own interests, all the company needs to do is dangle the carrot of improved search rankings -- or, conversely, brandish the rod of Being Shunned By Google -- and website owners will bend to the company's will in droves. Encouraging the adoption of encryption is something that should be welcomed, but it does raise some interesting questions about the politics of interacting with Google. To quote a T Reznor, Esq., "Bow down to the one you serve. You're going to get what you deserve".

So what do you think? Is it OK for Google to flex its muscles and abuse its power for the good of the web? Do the ends justify the means? Or can Google just never be trusted?