The Secret of Google X 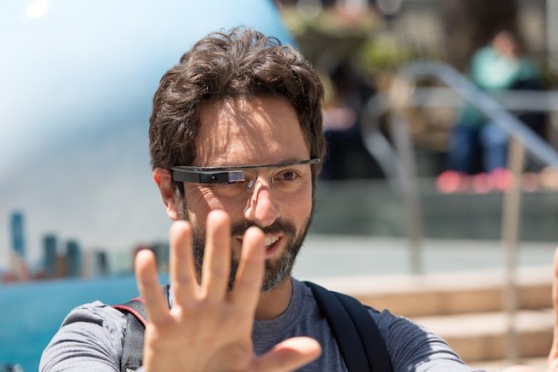 "All politics is local," said House Speaker Tipp O’Neill, meaning that every politician has to consider the effect that his or her positions will have on voters. What makes perfect sense on a national stage might be a disaster back in the district, where the actual voters live. And so it is, too, with big companies, where local impact is sometimes more important than national or international. Sometimes, in fact, companies can be completely re-routed solely to please or affect a single executive. I believe we are seeing precisely that right now at Google concerning Google X.

Google X is that division of the search giant responsible for self-driving cars, Google Glass, and the prospect of hundreds or thousands of balloons floating through the stratosphere bringing Internet service to grateful Polynesians. It’s those balloons, in fact, that led me to this topic.

At Google they call Google X projects moon shots, the idea being that they are multi-year efforts leading toward disruptive innovations and new markets for Google to dominate.  Or not…

Moon shots I get, but balloons? Balloons I don’t get. Anyone who proposes to bring Internet service to the Third World by setting hundreds of balloons adrift is simply crazy. It’s not impossible, just stupid. The goal is laudable but there are several better ways to achieve it than leaving network coverage up to the prevailing winds. Little satellites are far better than balloons, for example, and probably cheaper, too.

Why would Google X spend what are likely tens of millions on something as crazy as balloons? I think it is because the real output of Google X isn’t progress, it’s keeping Google co-founder Sergey Brin out of CEO Larry Page’s hair.

"Balloons? Heck of an idea, Sergey. Go for it!"

Google is a typical high tech success story in that the very young founders brought in professional managers to help them grow the company and learn how to be leaders and -- most importantly -- take Google public, securing their personal fortunes. For Google that leadership came from Eric Schmidt just as at Yahoo it came from Tim Koogle and at Microsoft it came from Jon Shirley. Michael Dell did the same thing to help smooth the way for Dell’s IPO. And like all these others he then quickly pushed aside the older managers once his company’s fortunes were preserved.

That’s what Larry Page did with Eric Schmidt, who continues to nominally work for Google and earns a boatload of money, but in fact mainly serves as a G-V-flying global statesman for a company that may not actually need one.

"Global statesman? Heck of an idea, Eric. Go for it!"

With Schmidt out of the way Page was still stymied in his quest for total executive power by Brin, who has just as much stock and just as many votes. How to keep Sergey distracted from the day-to-day?

Invent the future, change the world, spend $2 billion per year. Heck, something may even come of it. But if nothing does that’s okay, too, because $2 billion is a low price to pay for executive stability in Mountain View.

Ironically this might actually make it more -- not less -- likely that something useful will eventually come out of Google X. That’s simply because Sergey can continue spending for as long as he wants, making truly long-term projects viable in a world where all other R&D has to pay off in a year or less.

So I love Google X as do all the other reporters who constantly need something wacky to write about. But let’s not pretend Google X is what it’s not.

Heck of an idea! Go for it!