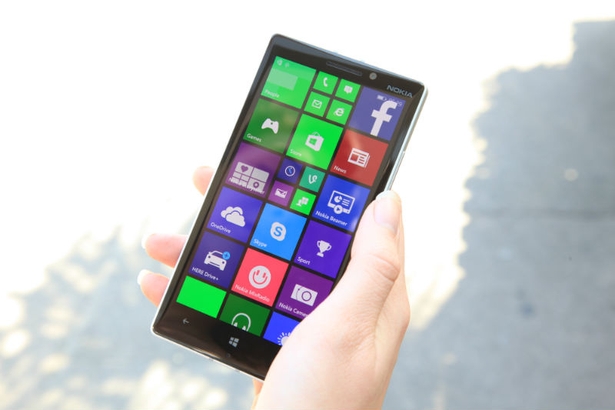 Despite its repeated attempts to elbow its way into mainstream popularity, Windows Phone is going on four years old and is still being slapped down by iPhone and Android -- like an overly buoyant younger sibling with a penchant for multi-colored tiles.

Trouble is, now more than ever the pressure is on. LG, Samsung and HTC have all already fired their flagships into the market, and with the promise of a bigger, bolder iPhone in September, it's high time we saw a Windows Phone that can start leading the pack rather than trailing behind it.

In other words, if the time were any more "right" for the launch the Nokia Lumia 930 it'd be campaigning for the relaxation of gun laws in the United States.

The Lumia 930 is the first handset to launch since Microsoft's buyout of Nokia's mobile division, and it marks a paradigm shift in the evolution of Windows Phone. Not only does it pack an impressive spec sheet, remarkable camera and fantastic accessory ecosystem, it's also hitting shelves with a lower price tag than its fancy rivals.

So now Windows Phone has finally entered the ring. Well, actually the LG G3 "entered" the ring, swanning over the ropes with its "metallic black," "silk white" and "shine gold" wardrobe. The Nokia Lumia 930, by comparison, has cartwheeled down the ramp in hues of lime green and fluorescent orange -- and despite the fact these backs aren't swappable, the applause is rapturous.

This is a phone with buckets of personality, perfectly offset by the sense that the Lumia 930 is built to last. The body is chunkier than other flagships on the market, measuring 9.8mm thick and weighing a sizeable 167g. Still, before we start criticizing its size and giving the 930 body-dysmorphia we should consider the idea that this is clearly a deliberate decision from Microsoft.

Why? The Samsung Galaxy S5 only measures 8.1mm thick and is weighs just 145g, so why is Microsoft beefing up its rival handset to such an extent? Perhaps, we'd argue, because it really does make the Lumia 930 stand out. Whereas the wafer-thin nature of some smartphones makes you want to wrap them up in cotton wool (or at least a carbon fiber case that can withstand military drop tests), Microsoft's newest flagship feels reassuringly durable with its metal frame and polycarbonate matte back. It's what Samsung has been unable to design: a mostly "plastic" phone that oozes style with its matte finish. 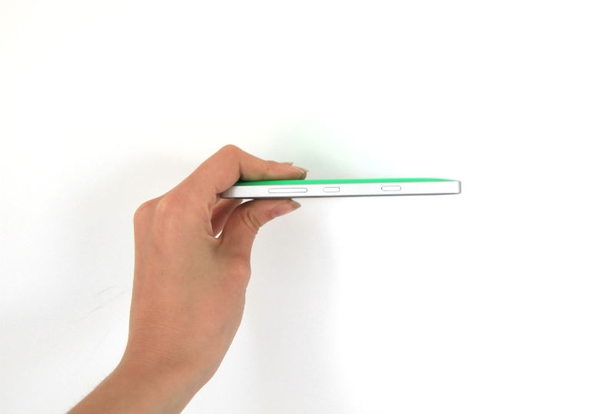 But flip the phone over and the screen is equally impressive. Indeed, you could call it the smartphone's headline feature with its 5in 1920 x 1080p display. Nokia's AMOLED ClearBlack technology creates rich contrasts of color by completely switching off any portion of the screen that is displaying black. Not only does this make browsing the brightly colored tiles of the Windows OS sheer joy, it's also a nifty save on battery drain.

The Lumia 930 also packs a nice 441 pixels per inch (ppi) density and tough Gorilla Glass 3 that is pleasantly curved at the outer edges. The only area where it slips is on its bezels. Laying the 930 over the LG G3 leaves reveals that Nokia's Windows Phone flagship is not that much smaller than its Korean rival; despite the fact the LG G3 sports a much larger 5.5in screen.

This is because the G3 pushed the limits of its display to the very edges of its frame, minimizing wasted space. The Lumia 930, meanwhile, doesn't follow the fashion of incorporating its home, search and back buttons into the UI, placing them as buttons outside the screen and bulking up the bezels.

Still, the build is top quality and this is matched with high-class specs under the hood. The Nokia Lumia 930 runs a Qualcomm Snapdragon 800 quad-core 2.2Ghz chipset, married to 2GB of RAM. Yes, that's not the super fresh Snapdragon 801 processor you'll find in the Sony Xperia Z2, but when you break everything down the differences won't make you lose sleep. Really, whether it's launching apps or exploring the tactile Windows Phone UI, the 930 will hold its own against some of the market's speediest smartphones. The minimum amount of 32GB of memory is nothing to be sniffed at either.

When upgrading a smartphone design, every company worth its salt will boost the battery as well -- and Nokia is no exception. The 930 has upgraded its battery to a 2,420 mAh offering, though that's slightly smaller than the Galaxy S5 (2,800 mAh) and the HTC One M8 (2,600 mAh.) That gets you about a day's worth of battery, which is fine, it just means you'll have to charge the handset every night. You can do that via the wireless charging stand that comes in the box with the smartphone itself -- which was a very lovely surprise.

On the camera front, it's no secret that Nokia likes to consider itself a market leader. Since introducing its "PureView" camera technology, it's launched devices like the Lumia 1020 that have set the bar for what we can expect from our smartphone snappers. In the 930, a 20-megapxel lens is backed up by Carl Zeiss optics, optical image stabilization (OIS) and dual LED flash.

Like the LG G3, the OIS in the 930 irons out shaky moments of blur far more effectively than digital image stabilization found in the Samsung Galaxy S5. This even extends into its 1080p Full HD video recording at the rear (coincidentally, the 1.2-megapixel front facing camera shoots a maximum of 720p HD.)

This makes for some nice close up and portrait shops, even making attempts at the blurred background bokeh effects that are so in vogue at the moment. However, the lack of an HDR mode really affects scenic shots from a distance; muted colors and overexposure tend to dampen things slightly, though it's a bearable damp. Sort of like putting on a T-shirt after a slightly laconic tumble dry spin.

Still, if you'd been handling the idea of buying a Windows Phone like you'd handle Ebola (at the end of a pair of tongs), you'll be pleasantly surprised by the new OS.

Windows Phone 8.1 introduces Live Tiles that allow you to fit three rows of tiles where you'd normally get two -- plus you can finally underlay a personalized background wallpaper or photo beneath those elements. The Action Center is also a fantastic, much-needed addition. While it is indeed a shameless rip-off of the notification drop-down bar on Android smartphones, it brings fast access to settings that have been sorely missed in older Windows devices. 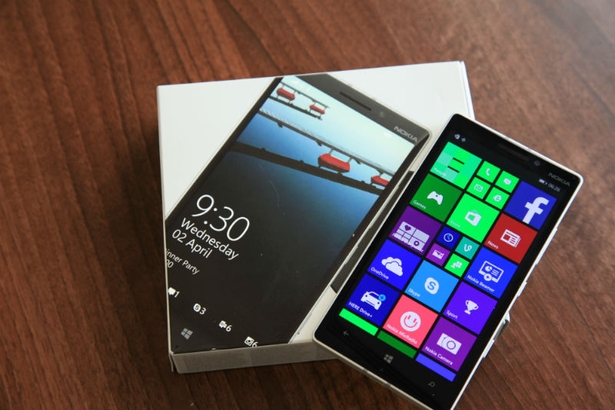 If you've never tried a Windows smartphone before, the Lumia 930 is definitely the device to get you going. Its eye-catching design really makes it stand out from the crowd (a big plus point in an increasingly competitive market.) The camera is no 1020 -- but it's one of the best you'll find for everyday shots on the go -- and the inky blacks of the screen are genuinely beautiful. Besides, considering it's one of the cheapest flagships on the market right now, why not experiment?