Microsoft’s Sharks Cove is a Raspberry Pi-style mini-PC with Windows 8.1 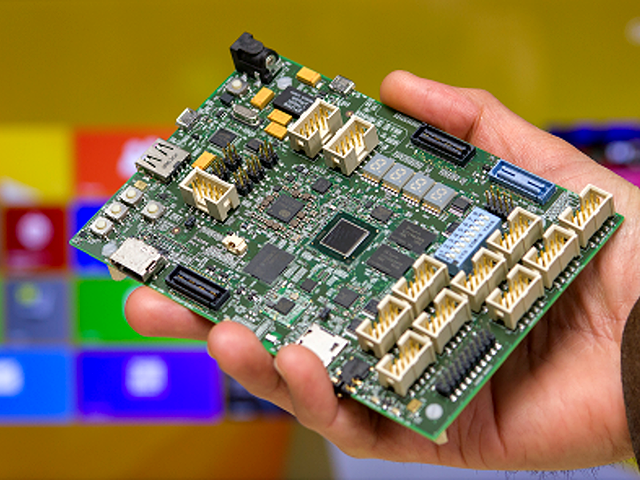 Microsoft is entering the development board market made famous by Raspberry Pi and Arduino.

The firm is collaborating with Intel and hardware manufacturer CircuitCo to develop the $300 board, called Sharks Cove. Available now for pre-order, the project is described as a "development board that you can use to develop hardware and drivers for Windows and Android".

Microsoft stated in a blog post that the aim of the board is to help development of software and drivers for mobile devices that run Windows.

"At $299, this is a board that we believe will find a home with Independent Hardware Vendors (IHVs) and hardware enthusiasts alike. That price not only covers the cost of the hardware but also includes a Windows 8.1 image and the utilities necessary to apply it to the Sharks Cove. When you additionally consider that the Windows Driver Kit 8.1 can pair with Visual Studio Express and are both free with a valid MSDN account, the initial outlay for Windows driver developers is a lot less cost prohibitive than it once was".

With a significantly higher price point than alternatives such as the ARM-based Raspberry Pi, which is just $35, the Sharks Cove may have to target a different audience to sustain appeal. Other development boards such as the BeagleBone Black and MinnowBoard also come in at sub-$100.

However the Sharks Cove website suggests that the board will be able to find an audience in the developer marketplace.

"The primary target usage of the Sharks Cove board is for development of subsystems for Intel Atom based Tablets and Mobile devices, but this development board can be used for any Windows or Android based system which uses the Atom processor".

12 Responses to Microsoft’s Sharks Cove is a Raspberry Pi-style mini-PC with Windows 8.1