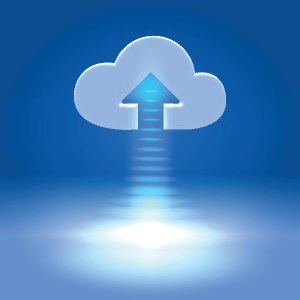 Cloud storage continues to increase in popularity, and as more and more demands are made of the various services that are available, limitations are easy to spot. One limitation that has irked OneDrive users for some time is the fact that it is only possible to synchronize files up to 2GB in size. Over on the OneDrive uservoice page, there have been numerous complaints from users as well as queries about when the limitation might be lifted. A couple of weeks ago Group Program Manager, Omar Shahine explained that: "It’s simply an old limit that we’ve been working on removing for far too long now. The good news is that we are actively working on this".

And work on it they did. Reddit user megaman821 noticed that larger than normal files had started to sync in his account: "I had some 2-3 GB files sitting in my OneDrive and today when I looked they were all synced. I don't know if this is a global rollout or only a few have it. Anyone else have their large files syncing?" The comment thread includes posts from users who find themselves in a similar situation, as well as those who still have the 2GB limit on their account. A quick poll in the BetaNews offices showed that it was certainly not a universal file size limit increase, so we reached out to Microsoft. A spokesperson said:

"As we mentioned on our uservoice, we have started the work to increase the file size limit for all OneDrive accounts. We have started the process with a small number of customers and will continue to roll it out to our full customer base. We will have more to share on this update in the new future, stay tuned to the OneDrive blog".

While only a small number of accounts seem to have been bumped up at the moment, the increase is already being well received. The @biggerthan2gb Twitter account has been tracking the story and noticed the ability to sync larger files just the other day. So, in answer to your question @biggerthen2gb, it's not quite "official", but it will be soon hopefully:

Hey @OneDrive it looks like you removed the 2GB size limit? Is this official now, you should tell people if so :) pic.twitter.com/nWjcRXKjoz