Mobile carriers are trying to control your texting 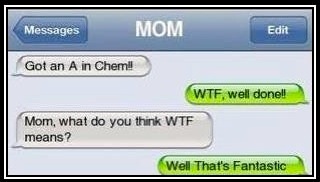 Who owns your telephone number? According to Section 251(b) of the Communications Act of 1934, you own your number and can move it to the carrier of your choice. But who owns your texting phone number? It’s the same number, just used for a different purpose. The law says nothing about texting so the major wireless carriers (AT&T, Sprint, T-Mobile, and Verizon) are claiming that number is theirs, not yours, even if you are the one paying a little extra for unlimited texting. And the way they see it, unlimited is clearly limited, with carriers and texting services not offered by the Big Four expected soon to pay cash to reach you.

Those who’ll pay to text you include mobile carriers not in the Big Four led by the largest independent, US Cellular, as well as so-called over-the-top texting service providers that presently offer free texting services. These companies include pinger.com, textplus.com, textnow.com, textme.com, and heywire.com. Service continues for now but the incumbents are threatening to shut it down any day. T-Mobile started trying to impose fees several weeks ago and Sprint, I’m told, will start trying to charge next week.

Verizon shut off texting access to their network for two weeks starting April 3 as a shot across the bow of the over-the-top (OTT) carriers. Texting suddenly stopped working for OTT users, supposedly to limit spam texts. It quickly became documented that 98 percent of SMS SPAM was coming from ATT and T-Mobile SIM card fraud, which was not affected by the OTT cut-off, so the Verizon switch was turned back on, though OTT carriers were now on warning.

This is tied, by the way, to the emergence of a new business -- 800 texting. Want to report a problem to your cable company or check your bank balance? Send them a text. This was supposed to become a big business but now may not even start because the providers who make it possible are all OTT. The incumbent carriers don’t enable 800 texting because they don’t have the technology. This is their way of getting a piece of this new business.

For that matter, the carriers also didn’t have the ability to do billing for this type of service so they asked the two large US SMS aggregators (SAP & Syniverse) to track it on their behalf, which they have reportedly done. Now it’s just a matter of pulling the trigger.

Texting used to mean big bucks to mobile carriers back when it was charged a la carte and the fathers of teenager girls were getting bills for hundreds -- sometimes thousands -- of dollars per month. Unlimited texting and family plans have changed that for most of us. But the carriers miss that income and this gambit for control of our texting number may be an attempt to regain some of that old revenue, and some of the influence that has shifted in the past few years to non-SMS messaging apps such as Snapchat (raising money at huge reported valuations), Viber, acquired earlier this year for $900 million by Rakuten, and Whatsapp, acquired for $19 billion by Facebook. To the extent these services tie into SMS networks, they may feel some of the carrier’s controlling effect.

Apple can do texting with its iMessage, but that’s Apple and is dependent on its ownership of the operating system and the great deal it cut with carriers back in 2007. Google and Android don’t have a deal like Apple’s. So iOS comes out of this looking good.

The point of pain here is interoperability -- where OTT networks try to interface with legacy text networks which aren’t OTT. The FCC, which nominally regulates mobile phones, is nowhere to be found in this story because texting is considered neither voice nor data service under the Communications Act. Texting is signaling, which used to mean just setting-up and disconnecting calls but could include a short message. Unregulated, the carriers can charge what they like, which looks to be 2-3 cents per text. But to add another first, the big carriers are aiming to charge for both sending and receiving. Remember that even under the old regulated phone system it didn’t cost money to receive a call. So a transaction with your cable company involving a text and a response will incur a total of four charges -- two transmissions and two receptions costing someone up to 12 cents.

This is just plain-text we are talking about. Picture texting is another service, also unregulated by the FCC, and subject to its own set of carrier negotiations. If plain-text costs 3-12 cents, picture texting will cost more. In picture texting, too, Apple’s iMessage has an advantage.

OTT texting last year amounted to just under 100 billion messages so the big carriers are looking for up to $10 billion in new revenue (on top of $21 billion in existing text revenue). Internet startups will die or be sold if these changes go through and presumably the carriers will pick up those businesses. This does not bode well for innovation, though it bolsters somewhat text and chat services like SnapChat that don’t even attempt to deliver through the mobile phone’s native texting.

It is unclear how this story will play out. The FCC can do nothing unless someone complains and until you read this column nobody even knew to complain. So decide how you feel about it.