How technology is changing football (or soccer) for the better 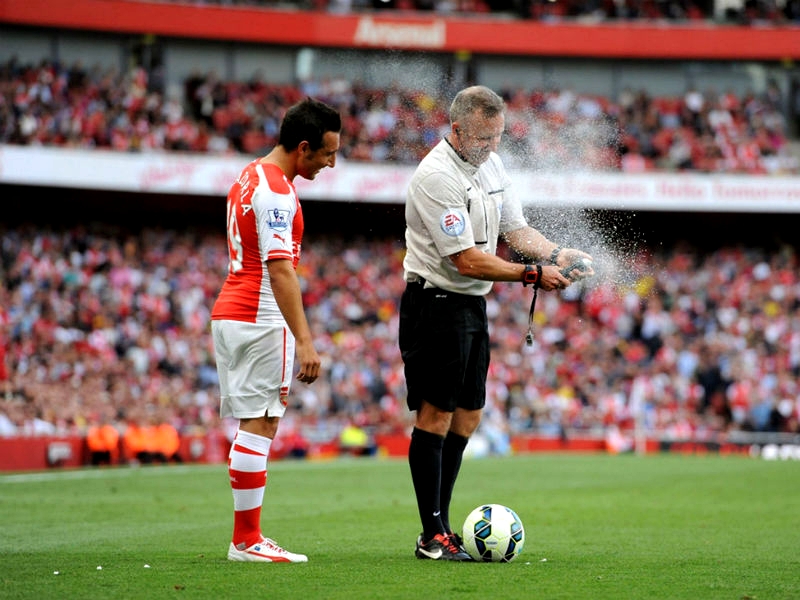 The use of technology in sports has historically been a contentious issue. "Video reviews will slow down the game" and "unfair advantage" are some of the complaints that get thrown at sporting bodies the world over when technology comes under scrutiny. Just look at the controversy with full-body swimsuits being banned in Olympic swimming. In this case records were broken, but so were rules.

Sport is big business. The latest European football transfer window only closed after £835 million ($1,356 million) was spent by British Premiership clubs. That's the highest spend ever seen within the league. Football clubs operate like any other business, meaning that cash flow and business documentation are vital processes. With so much money, hundreds of jobs and scrutiny from millions of fans worldwide reliant on actions on and off the pitch, things needs to run as smoothly as possible. That's why I believe that clubs need to embrace digital technology off the pitch. However, what about technology on it?

Football for the future

The World Cup earlier this summer and the start of the 2014/15 Premier League season have demonstrated that technological innovation on the pitch is at the best level it's ever been at. Vanishing spray and goal-line technology have been introduced on the world stage for the first time, with the latter proving invaluable for teams and referees alike. Since its success in the World Cup, vanishing spray has also been approved for use in the Premier League, despite possible complaints from the likes of Santi Cazorla.

Arguments about goal-line technology negatively affecting the speed of play are redundant. There are a number of systems out there, but none of them truly slow the game down. Systems operate differently. Hawk-Eye uses visual data gathered from high frame rate cameras around the pitch to triangulate the position of the ball at all times. If the ball crosses the line, the umpire or referee is alerted the following second -- it's hardly an age.

Other systems use magnetic fields to determine the location of the ball. In these cases, the ball has an electronic circuit embedded within it and coils are installed around the goal. If the ball was to cross the line, the magnetic field would be altered. Sensors pick this up and alert the referee via a wristwatch. Again, we're talking mere seconds for this alert to go through.

When you consider how much time gets wasted with the ball out of play or players down injured, a second to make sure the right decision is made is virtually nothing. With so much at stake, such an investment pays dividends in the long-term.

Vanishing spray works exactly as you see it from your seat. The referee has an aerosol can holstered on their person which contains a mixture of water, gas and other ingredients. When sprayed from the nozzle, this concoction is released as a foam, which eventually vanishes, leaving only water behind. The foam is used to make sure players keep a certain distance away from the ball, and is used entirely at the discretion of the referee. With such a simple concept helping to regulate football on the pitch, it's a wonder why it has taken this long to be introduced.

Technology on the football pitch extends beyond the boots on the players' feet or the design of the ball. Hours and hours of research and investment go into goal-line technology, vanishing spray and sports science for the benefit of the players on the pitch.

With football being such a big business, the beautiful game needs to operate smoothly. Whilst we are making huge strides in technology on the pitch, it's a different story behind the scenes. Reliance on outdated technology like fax machines is slowing down business in boardrooms across the Premier League. John Guidetti can testify to this: the Manchester City player's prospective loan move to Celtic fell through when the requisite paperwork failed to be

Time will tell whether football boardrooms follow the action on the pitch and get up to speed by changing the rules to allow for digital transactions, rather than relying on fax. For the players, fans and managers involved in the game, I hope it happens sooner rather than later.