Apple iPhone 6 Plus: Beautifully made, but expensive [Review] 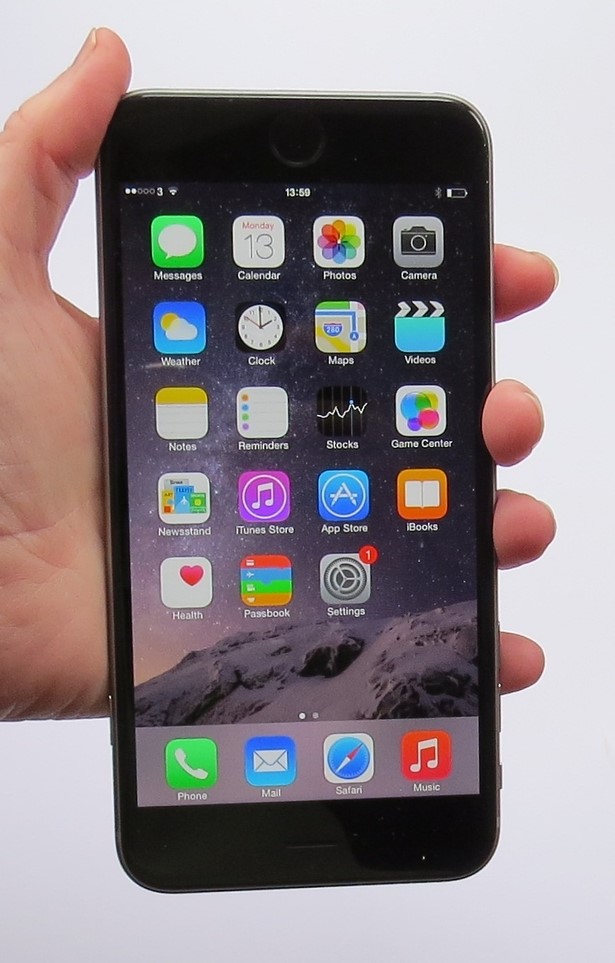 Here it is, then, the iPhone 6 Plus. Apple's biggest handset to date, and a competitor for all those phablets that some people swear are the perfect device for them. It's big, it's bold, it's beautifully made. Does it do enough to justify its exorbitant price? My review sample came from Three in the UK, from whom you can get the iPhone 6 Plus in any of its three colors -- gold, silver or gray -- in its 16GB variant starting from £44 a month. At that price there's a £99 up-front price for the handset.

The iPhone 6 Plus has a 5.5in screen and is the absolute epitome of all things iPhone. It is lovely. Given the choice between it and a new iPhone 6, I'd take the bigger beast and live with the fact that it is more difficult to pocket and impossible to reach across for one-handed use, because it is, well, a fantastic handset.

Rather than its size, I'd probably find it more difficult to live with Apple's insistence on not catering for memory expansion, to be honest. A screen approaching 6in in size and one which is as bright, sharp and eminently watchable as this one, lends itself to lots of use, some of it media hungry, and none more so than gaming and video viewing. I was sent a 64GB iPhone 6 Plus by Three, and this had 54.5GB free right out of the box. That would probably be enough for my needs, but on a 16GB version you are likely to be left with 11-12GB.

So, onto the screen. As with the iPhone 6, you get the option to select either 'standard' or 'zoomed' display. The latter makes icons and text larger, so tired eyes can see more easily, but you do lose the full-fat, six-icons-high display if you opt for that. With a screen resolution of 1,920 x 1,080 pixels there's nothing ground breaking here, but the 401ppi pixel density makes for high quality, clear text, and the screen is very bright -- one of the things Apple shouts about.

The screen is thin too -- and that's really important as it helps the iPhone 6 Plus stay at an impressive 7.1mm in terms of its thickness -- a mere shade more than the 6.9mm of the iPhone 6. The thin chassis really helps with handling -- it just feels manageable, while the 172g weight is not too much, and somehow feels right. You have to handle the phone to really understand that point.

Talking of the build, Apple has done a fantastic job on that front. The front curves into the handset's edges neatly and the four corners are rounded. The sides are made from the same aluminum plate as the back, and the smooth, cool to touch finish is rather nice in the hand -- though it is more slippy to hold than rubberized finishes.

If there is one downside in terms of aesthetics for me, it's the look of the back where the camera lens protrudes a little -- just as it does on the iPhone 6. The power button is on the right side, volume buttons on the left, and a mute switch next to them. Headset and lightning connectors are on the bottom along with the speaker grille.

In this location it is easy to cover the grille when working in widescreen mode, which is a pity. The speaker, incidentally, produces better quality sound than the iPhone 6, but I still recommend headphones for the best experience.

I'm not a big fan of Apple's characteristic thick top and bottom screen bezels. They make this handset a lot larger than it might otherwise be -- I'll do just one comparison -- the LG G3 has a 5.5in display (it is higher resolution than the iPhone 6's at 2,560 x 1,440 pixels, but that's not the point I am making here). This sits in a tight chassis measuring 146.3 x 74.6 x 8.9mm. The iPhone 6 Plus by contrast is 158.1mm tall and 77.8mm wide, though thinner as I've already noted at 7.1mm. The plus comes if you like to hold your phone in widescreen mode -- say for gaming or video watching -- as clearly you've space beyond the screen edges for a comfy grip.

You'd never know that the front button incorporated fingerprint recognition by looking at it. Touch ID worked beautifully efficiently for me, too.

There are plenty of features in iOS 8 to justify an upgrade from the previous OS version. Yes, you can now add external keyboards, though Apple itself has added some extra features in widescreen typing mode, and as with the iPhone 6 there's 'reachability' -- double tap the home button and whatever you are doing squishes into the bottom half of the screen. It didn't help me as much here as on the iPhone 6, as I simply can't stretch across the screen's width one-handed, so pulling things down vertically is not much help.

It is nice to see 802.11ac Wi-Fi support, and Apple has included a barometer among its activity tracking features so that you can feed data into the built-in Health app. There's AirDrop too, of course. Don't get excited that NFC is here, though -- it is only available for use by Americans with Apple Pay. You also get screen rotation here, including the home screen.

All this would not matter much if the iPhone 6 Plus were unimpressive in raw performance terms, and thankfully it shines here. The A8 1.4GHz dual-core processor was not troubled by my requests -- there was no stutter, stammers or instances of slow running to bother me. 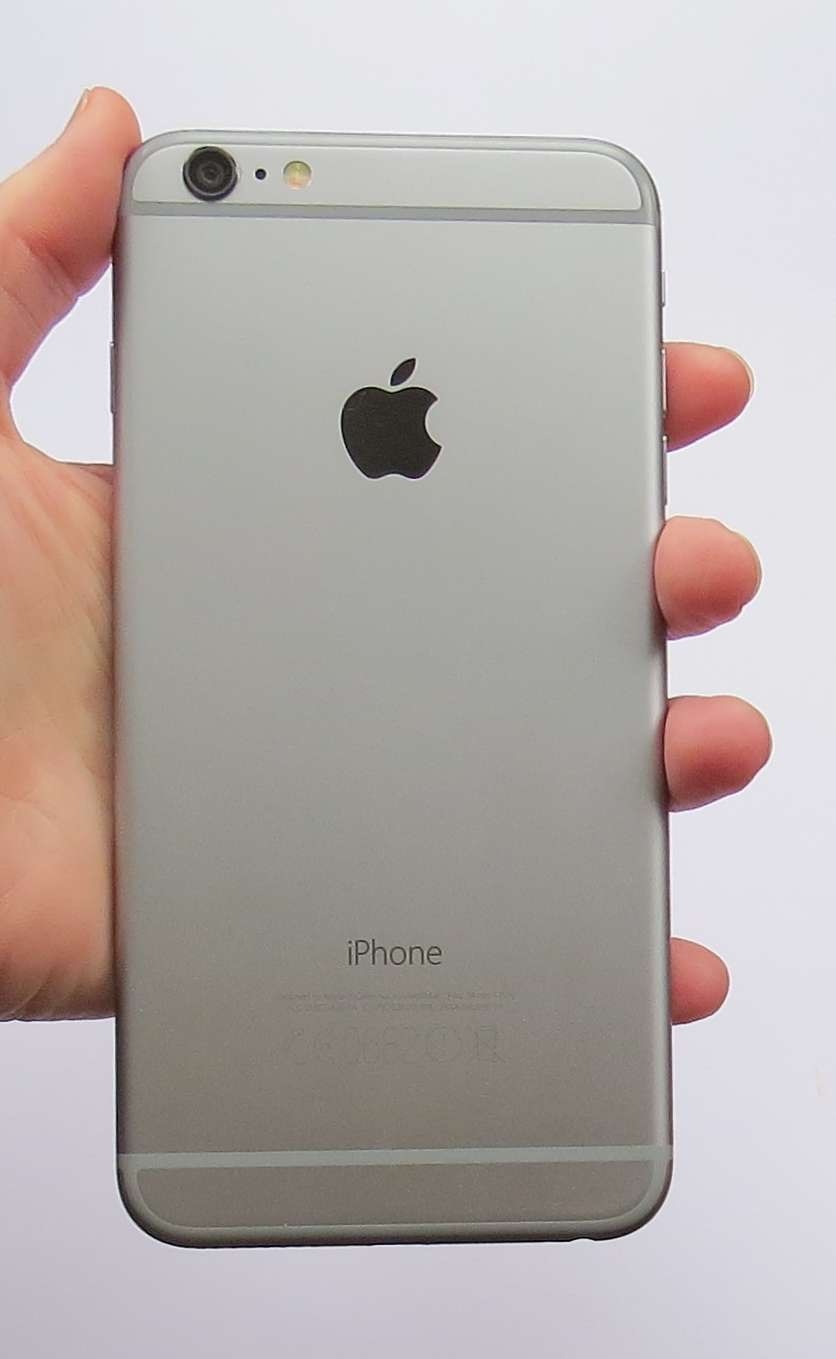 Battery life is another crucial aspect of any handset, and the iPhone 6 Plus seems to do a good job here. Apple says it is good for 80 hours of audio, 16 days on standby, and 12 hours of internet use on both 4G and 3G. (The smaller iPhone 6 is quoted by Apple as good for 50 hours, 10 days, and 10 hours respectively).

I have found over the few days I've had the iPhone 6 Plus on test that it is possible to get two days out of its 2,915mAh battery, which puts it in the upper echelons of handset performance, and easily makes it better than the experience I had with the iPhone 6.

What about that iPhone 6 Plus 'bendgate' thing? Well, I found my review unit to be pretty solid. If you put a handset this large in your back pocket and then bend your buttocks into it with sitting, well, that's your call. I'd call it reckless behavior with any handset.

On the other hand, though, the 6 Plus is very expensive, and it suffers in my overall view from the lack of memory expansion as well as for being pricey.

17 Responses to Apple iPhone 6 Plus: Beautifully made, but expensive [Review]