Make It Happen! Microsoft wants to help you keep your New Year's resolutions 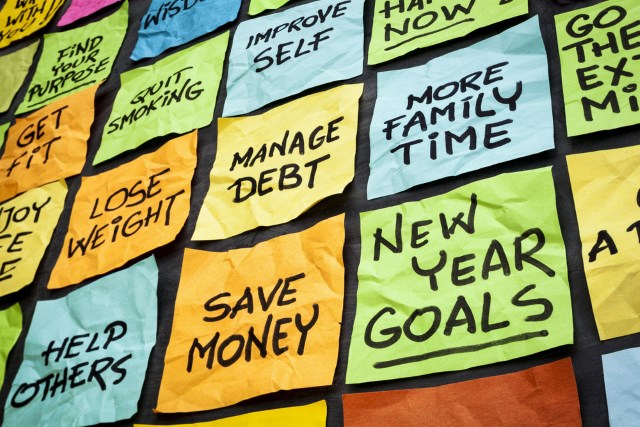 The countdown to the end of 2014 is now underway. With less than a month until the arrival of 2015, Microsoft -- specifically Microsoft Lumia -- wants to help anyone making a New Year's resolution to stick to their goals. The idea is simple. Research shows that people are more likely to hold their resolve if they make a public pledge of their intentions. With this in mind, the #MakeItHappen encourages anyone with a goal for 2015 to announce it.

But more than just giving you a public place to announce what you would like for the New Year, Microsoft is also selecting one person a day throughout December and will help them complete their unfulfilled resolutions from 2014.

Having discovered that a huge number of resolutions that were made last year are still to be acted upon, Microsoft points out that it's still not too late to make a difference. There's still a month to make good on the promises you made at the start of the year, and you can give yourself the best possible chance of success with your goals for 2015.

It's almost a given that people will make New Year's resolutions they are unable to fulfill, but this year, we want things to be different. Our global poll reveals a wealth of unfulfilled aspirations for 2014. With the clock ticking, we have dedicated December to helping people #MakeItHappen. Every day in December we will choose one person's 2014 resolution and help bring it to fruition.

The site appears to be down at the moment, but pay a visit to the #MakeItHappen website and you can make a public declaration of what you would like to give up, attain, do, or be in the New Year. There's also a dedicated Facebook page.

In the meantime, check out the video for a few ideas: