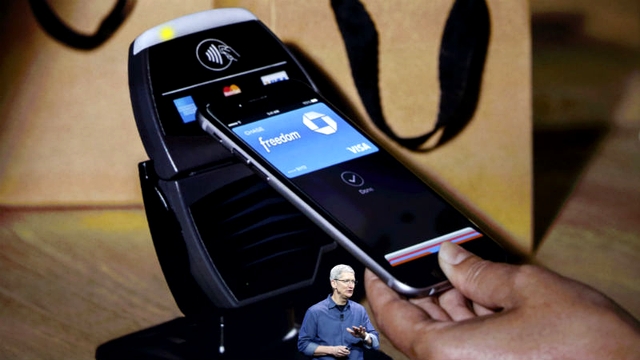 Apple has announced that its mobile payment service Apple Pay has received even more support -- now 90 percent of all credit purchases by volume in the United States can be achieved by using Apple Pay.

SunTrust, Barclaycard, USAA, and dozens of other companies have joined the likes of Citibank and Chase in the last weeks and agreed to work with Apple, so that customers can buy things with little more than a wave on their iPhone, The New York Times reports.

Ten more banks, including TD Bank North America and Commerce Bank, will back the new form of payment on Tuesday.

Aside from the banks, 1,400 Staples' locations now accept Apple Pay as a means of payment. Winn-Dixie, Albertsons, Amway Centre, just some of the other leading names that now use Apple’s mobile payment service.

New additions suggest that Apple Pay has generated more traffic than its competitors from the likes of Google, Verizon and AT&T.

"Retailers and payment companies see Apple Pay as the implementation that has the best chance at mass consumer adoption, which has eluded prior attempts," said Patrick Moorhead, president of research firm Moor Insights & Strategy. "They believe it will solve many of the problems they had before with electronic payments".

Forrester Research has recently published a paper saying mobile payments volume in the United States will reach $142 billion by 2019.

Denée Carrington, a Forrester analyst, believes Apple Pay will be among the biggest "culprits" for the huge boom in mobile payments in the US. It certainly seems to be gaining traction fast and doesn’t look like slowing down any time soon.

But what do you think? Let us know in the comments section.