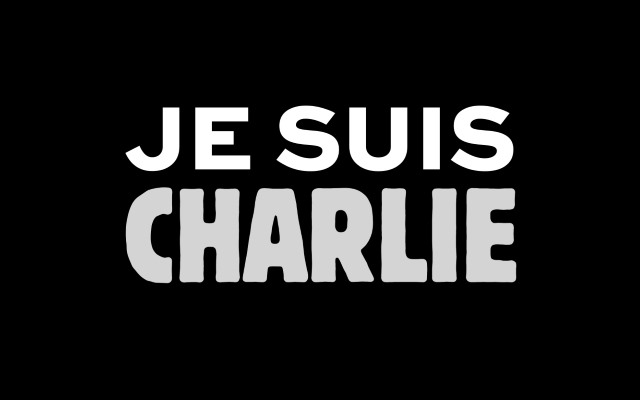 12 people died in an attack on satirical French magazine, Charlie Hebdo on Wednesday. At time of writing, the situation in France is still unfolding, and technology companies have been quick to show their sympathy for the victims whilst voicing support for freedom of speech.

Google has donated €250,000 (around $300,000) to the targeted Charlie Hebdo title, which is expected to increase its print run more than tenfold for the next issue. The #JeSuisCharlie hashtag has spread across the internet like wildfire as people around the world offer support on Twitter, Facebook and other websites.

As well as financial support, the French version of the Google website is adorned with a black banner, and the French Apple site features a Je Suis Charlie banner. While people worldwide are both grieving and offering sympathy to those affected by the attack, talk around the web has turned to the importance of free speech. It seems that the gunmen were prompted to start their killing spree as a reaction to cartoons featured in Charlie Hebdo that mocked the prophet Mohammed.

Facebook has always been a place where people across the world share their views and ideas. We follow the laws in each country, but we never let one country or group of people dictate what people can share across the world.

Yet as I reflect on yesterday's attack and my own experience with extremism, this is what we all need to reject -- a group of extremists trying to silence the voices and opinions of everyone else around the world.

I won't let that happen on Facebook. I'm committed to building a service where you can speak freely without fear of violence.

My thoughts are with the victims, their families, the people of France and the people all over the world who choose to share their views and ideas, even when that takes courage. ‪#‎JeSuisCharlie

Another interesting show of support can be found by anyone performing a WHOSIS search on French websites. Users found that the Je Suis Charlie banner appears on WHOIS search results as ASCII art:

ASCII of solidarity. RT @cmdrtaco: Doing a WHOIS on any .fr domain has a secret message. pic.twitter.com/zYfydcrATI

The events in France are truly tragic, but incredible displays of solidarity are coming out of it.