Here's how to smuggle 94 iPhones into China (not) 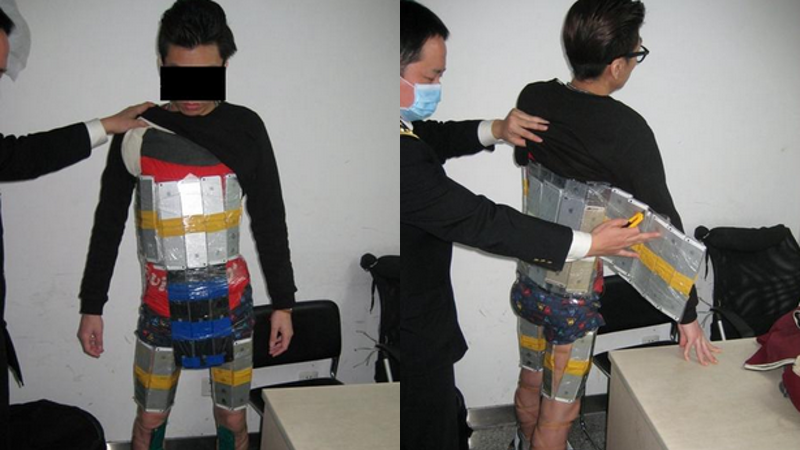 A man has been arrested for attempting to smuggle 94 iPhones into China by strapping all of them to his body.

Custom officers at Futian Port on the Chinese border were alerted to some suspicious activity when they noticed that the individual had a "weird walking posture, joint stiffness and muscle tension".

According to a Sina news report, the unnamed man, who is a Hong Kong citizen, had the handsets strapped in rings around his calves, thighs, torso and crotch. He was also carrying two plastic shopping bags, with nothing suspicious found in either. However, if the shopping bags were supposed to be a distraction, it was unsuccessful as soon as the 94 iPhones set off the airport metal detectors.

According to reports, the man had both the iPhone 6 and iPhone 6 Plus attached to his body, and all devices have now been seized by custom officials.

While the latest version of Apple’s flagship iPhone has been available in China for some time now, smuggling is still a relatively common practice, particularly as stolen devices are usually easier to sell in Asian markets. This particular tactic, the so-called "mobile armor" method, is used frequently by smugglers.

While all of Apple’s handsets are manufactured in China, buying one from a legitimate provider such as China Mobile can be very expensive, especially compared to smartphones made by domestic firms. Supply is also limited, ensuring that smuggling remains a profitable, if risky, business.

The penalty for smuggling under Hong Kong law can be as much as a $2 million fine and up to seven years in prison.

Even though this particular individual is likely to face some jail time for his smuggling attempt, it must have come as quite the relief to finally get 94 smartphones removed from his body.