What Back to the Future II's vision of 2015 got right 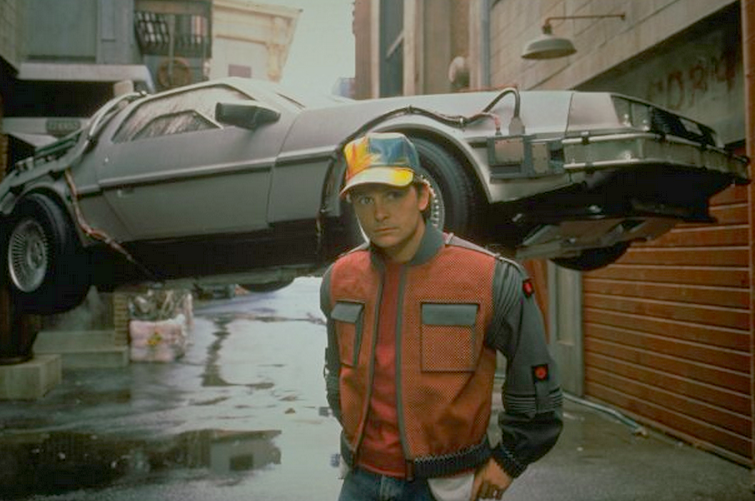 Now that we’ve finally hit the year portrayed in the film it’s time to give them a report card on the things they got right.

Apple catapulted tablets into the mainstream with its first iPad back in 2010 that had followed years of various companies playing around the concept of a tablet PC. In Back to the Future II, Marty McFly is asked to sign a tablet by another member of the Hill Valley Preservation Society and, although it’s a lot chunkier than the current batch of tablets, it was still a tablet.

Online video calling is second nature in the real year 2015 with Skype and FaceTime used almost more than regular mobile phones to keep in contact with people. This was the thing that Zemeckis managed to get almost completely correct in a scene where the TV is used to make a call in full screen with the smaller image in the corner making it look not unlike FaceTime.

He got even closer to the modern day when it came to visualizing what TV would be like in the future and including a large flat-screen wall-mounted TV on Marty McFly’s wall.The TV looks suspiciously like any Samsung, LG, Sony or other branded TV set that you would expect to find in a local electronics store. The movie even made sure that the aspect ratio of the TV was 16×9 and not 4×3 that was preferred up until widescreen became the common standard.

It’s projected that everyone will be completely addicted to wearables in the coming years and their invention didn’t go unseen by McFly’s kids of the future in 2015 who sit chomping away at dinner complete with virtual reality headsets and clunky smart watches that are akin to some of a wrist-chunks on the market right now. The headsets in Back to the Future II allow you to make and receive calls, watch TV and connect in with the phone system used by everyone in the house.

When Jennifer is escorted home by the cops and realizes she’s in the future, she is reminded that lights should be programmed for when you get home, much like what you can now do in a smart home right now.

Fingerprint and eye scanning technology is scattered about in Back to the Future II much like it is in real life today with everything from letting yourself into the house to paying for a taxi with your thumbprint as used by creator Zemeckis. It mirrors the modern day where biometric technology has eventually found its way onto our mobile devices and we can use that in conjunction with technology inside taxis to pay for a ride home, and plays a big part in immigration at US airports.

Okay, so these aren’t as widespread as in Back to the Future II but there is one company (Hendo) working on a hoverboard prototype with none other than Tony Hawk. So far it looks a bit chunkier than Marty’s version but a hoverboard is a hoverboard.

Check back tomorrow when we’ll be going through what wasn’t completely correct in Marty’s realization of 2015.