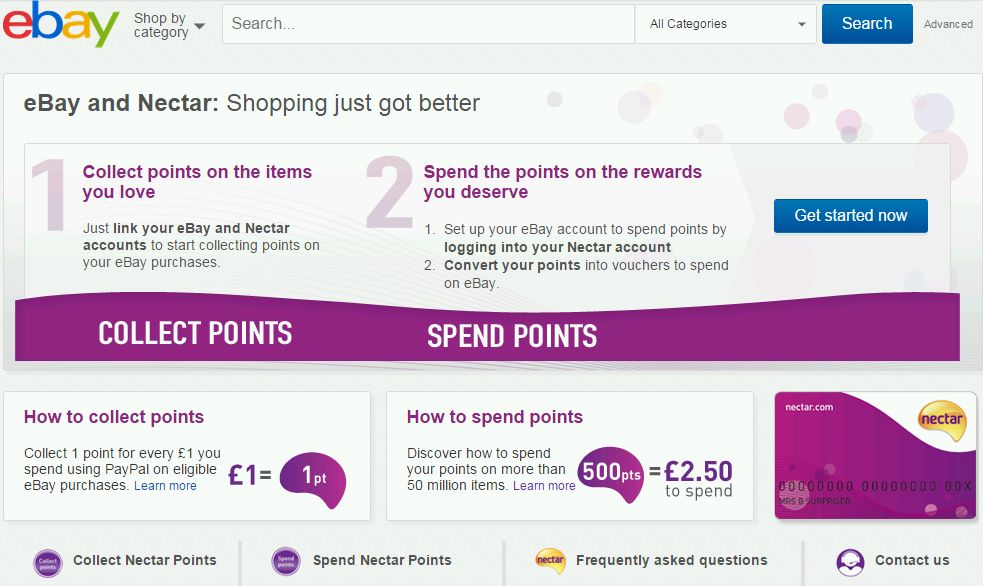 A police investigation has been launched after fraudsters targeted members of the UK’s biggest loyalty card scheme, Nectar.

Nectar, used by over 19 million people, has beefed up security after members reported fraudulent transactions on accounts that had been linked to online auction website eBay.

Under the Nectar and eBay scheme, members can collect points on eBay purchases and can convert their points into vouchers to spend on the auction site. People can link their Nectar cards to more than one eBay account and more than one Nectar card can be linked to an eBay account.

Nectar has now added extra security measures after some members saw thousands of points go missing from their accounts, which fraudsters had exchanged for eBay vouchers.

The Swales family from York noticed their Nectar account had missing points when they tried to pay for shopping in Sainsbury's with their card at the start of December. After checking their online account, it showed 9,000 points had been used on eBay on 3 December, which they reported to customer service.

"Nectar told us they would look into the problem and it would take a month to investigate", says Mr Swales. "A month later I contacted Nectar again and they said they were still looking into the matter with eBay. However, the next day I received an email asking us to contact Nectar, where I was advised I would have my points refunded immediately".

According to Nectar’s parent company Aimia, it has "constant checks and processes to identify and investigate potentially fraudulent activity" and suspicious activity was spotted on a "small number" of its customer accounts.

Ania Krwawicz, senior PR Manager at Nectar’s parent company Aimia, told Betanews.com: "We became aware of suspicious activity on a small number of Nectar accounts. We informed those customers affected, notified the police and are working with them on this investigation".

"We have made some enhancements to our systems so customers are now required to enter a secondary authentication when linking their accounts. We would like to reassure our customers that we have a number of processes and procedures in place to constantly monitor for fraudulent activity and the security of our customers’ Nectar accounts is our highest priority".

Krwawicz continued: "Where we are confident that a transaction is fraudulent we immediately block the card, contact the customer and refund the points. We also investigate immediately if any customer informs us of missing points. However, we would always recommend members check their balances and notify us of any discrepancies".

Nectar also advises members to change their passwords on a regular basis and to use different passwords across different accounts.

An eBay spokesperson said: "eBay does not comment on matters of security".