Microsoft and Google working together on Angular 2 JavaScript framework 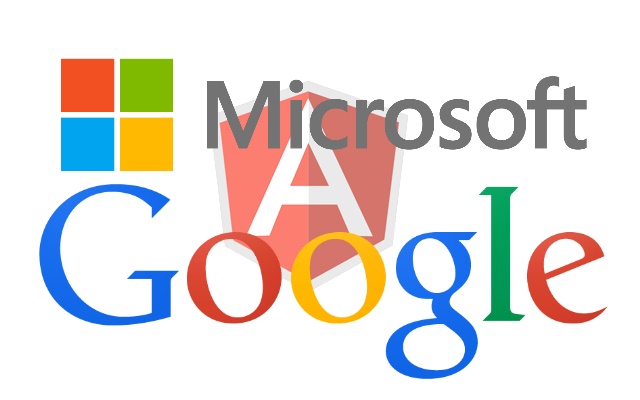 The worlds of TypeScript and AtScript have converged, resulting in the collaborative effort that is Angular 2. The new version of the JavaScript framework will be written in TypeScript and will be used to develop the next generation of web sites and web apps.

Microsoft's corporate vice president of the Developer Division, S. Somasegar, said that the two companies had been working together for several months, and they were now ready to reveal "first fruits of that collaboration". TypeScript, a superset of JavaScript, was first introduced three years ago and few would have expected that Microsoft's development tool would end up as part of a Google project.

Writing on the MSDN blog, Jonathan Turner explains that developers have a lot to look forward to:

We have worked with the Angular team to design a set of new features that will help you develop cleaner code when working with dynamic libraries like Angular 2, including a new way to annotate class declarations with metadata. Library and application developers can use these metadata annotations to cleanly separate code from information about the code, such as configuration information or conditional compilation checks.

We've also added a way to retrieve type information at runtime. When enabled, this will enable developers to do a simple type introspection. To verify code correctness with additional runtime checks. It also enables libraries like Angular to use type information to set up dependency injection based on the types themselves.

You can watch the full keynote speech from the developer conference below: