Lost your phone? Just Google it 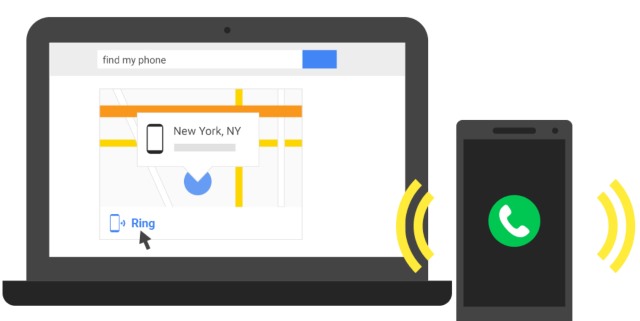 Becoming reunited with your lost phone just got a whole lot easier. It doesn’t matter if you're alone and don't have access to another phone to ring your cell to see if it has slipped down the back of the sofa. To make life a little easier, Google is rolling out a feature that enables you to conduct a Google search for your phone.

Whether you have mislaid it in the house, or somewhere further afield, Google will help you to track down your beloved handset. You just need to make sure that your phone is updated with the latest version of the Google app and you're ready to go phone hunting. It's a bit like an extension of the feature found in Android Wear, so how does it work?

As we've already alluded, sending out a virtual search party for your phone works like a regular Google search. Fire up your web browser, head to Google.com and type -- you've guessed it -- "Find my phone".  Provided you are signed into the same Google account on the computer as on your phone, Google will then work its magic and use your phone's GPS to show you its location on a map.

If the map shows that your handset appears to be very close by, there's a handy 'Ring' option which, you know, rings your phone so you can hear where it is. If you have more than one phone connected to your account, there's a drop down menu so you can select which one you are interested in.

This is a feature that Google has launched with very little fanfare, but it's one that is sure to come in handy for a lot of people at some point in the future. It might not have all of the features of Android Device Manager (there's no remote wiping, for instance), but as a quick 'n' dirty solution, it's great.

25 Responses to Lost your phone? Just Google it