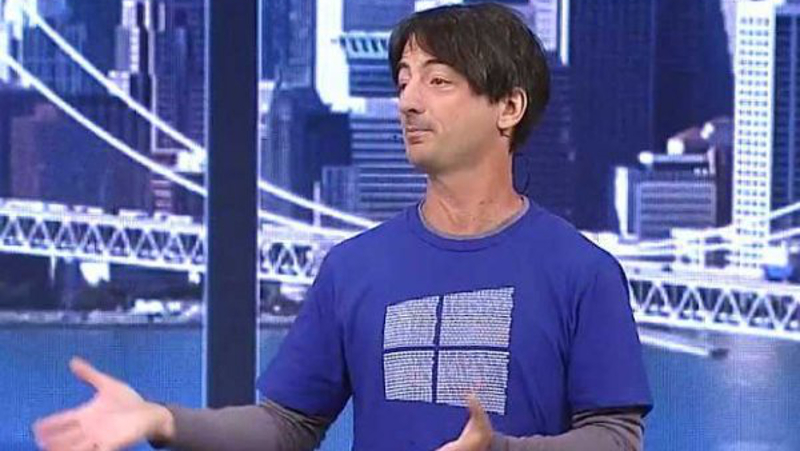 When Windows 10 was first announced, everyone immediately had one burning question to ask Microsoft concerning the freshly rejigged OS. And that question was: "Uhh, what the hell happened to Windows 9?"

Windows 8 followed sequentially on from Windows 7, but somehow, Windows 9 got skipped -- and it seems that’s something Redmond isn’t afraid to joke about, via Joe Belfiore’s and other Microsoft staff members' T-shirts.

Yes, Business Insider reports that Belfiore (who is Corporate VP of Operating Systems at Microsoft) was snapped wearing the special T-shirt at the Build conference last week, with the garment bearing a binary-coded message that enterprising developer Kevin Gosse deciphered by scrutinizing the photo.

So what did it say? Well, there were four sentences in binary in each quadrant of the Windows logo on the shirt, one of which 'explained' the fate of Windows 9.

Ha-ha, indeed. If you don’t get it, read the sentence out loud -- because apparently, Windows 7 ate Windows 9.

This is actually a joke that has done the rounds on the net before, as was another of the coded sentences, which read: "There are 10 types of people in the world" -- an old binary gag.

The real reason why Windows 9 was ditched? We reckon it’s simply because Microsoft wanted to literally put some distance between the flop that was (and still is) Windows 8 and its successor. It’s a psychological play and a reference to the fact that Windows 10 is a big step on, and far removed, from Windows 8.

54 Responses to Microsoft jokingly reveals what happened to Windows 9