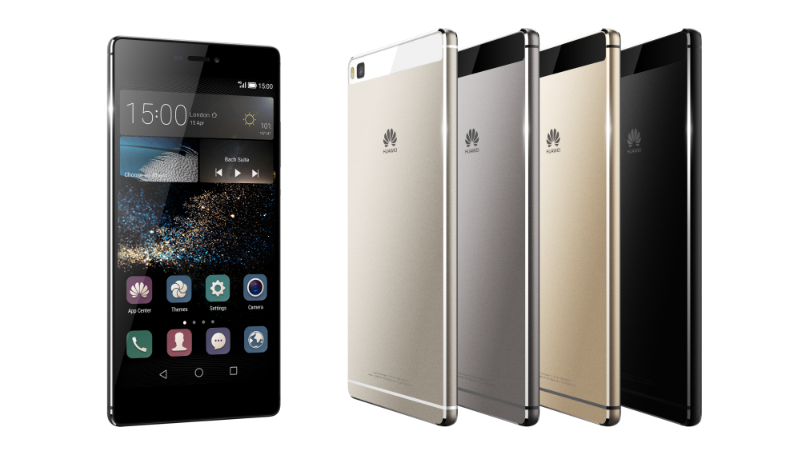 Huawei is not, perhaps, a name that springs immediately to mind when you think about smartphones. But with this latest model the Chinese manufacturer is making a bid for a slice of the top end market dominated by the likes of the iPhone and Samsung Galaxy.

You get the impression of quality from the moment you receive it. It comes in a smart, black plastic box with a cardboard slip case; the phone sits in this with a shiny edge uppermost so it’s like opening a piece of jewelry.

The P8 has a metal body that’s a slender 6.4mm thick -- that’s thinner than a Galaxy S6 or an iPhone 6. There’s a 5.2-inch full HD display and it’s available in 16GB or 64GB versions, you can add a microSD card up to 128GB for extra storage. It uses an eight-core 1.5GHz processor and two cameras, 13 MP at the rear and 8 MP at the front, and of course it’s 4G. Android 5.0 Lollipop is installed but Huawei adds its own Emotion interface which gives a different look and feel.

The design is smart, with a metal back and edges along with a Gorilla Glass screen, the power and volume controls along with trays for the SIM and microSD cards are all on the right-hand side. The headphone jack is on top and the USB port at the bottom along with speaker slots.

The P8 is available in four colors, two for each version; our review sample came in Champagne Gold which is actually more of a silver. The phone feels nicely weighted and while quite large isn’t too big for one-handed use. 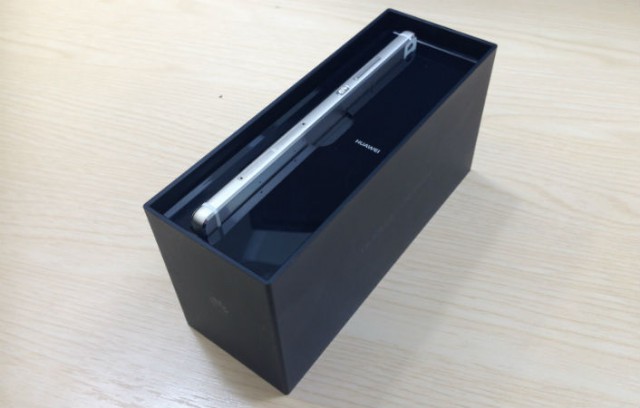 Huawei foregos having separate navigation controls and displays them on the bottom of the screen instead. The screen itself is clear and sharp with 1,920 x 1,080-pixel resolution, which equates to 424 pixels per inch. That’s less than the 577ppi of the Galaxy S6 but you don’t really notice the difference on a screen this size. It delivers smooth video playback with strong colors and touch response is good.

It has a 2,680mAh battery and you’ll get about a day and a half of use out of a full charge. If you want to play games or watch videos intensively though you can easily run out of juice in around eight hours.

There’s a clever Speech awareness feature that allows you to wake the handset and say "where are you?" to which the phone replies by lighting the flash LED, playing some music and speaking a rather creepy "I’m here" -- handy if you tend to forget where you put your phone. Whilst this is a neat idea, in practice you need a fairly quiet environment for the phone to hear you.

Another neat idea is that the phone can differentiate between tapping the screen with a finger and a knuckle. Double tap with a knuckle and it takes a screen shot, draw a circle and you can access a crop tool. Whilst this is a clever party trick there’s currently nothing else you can do with it, but maybe it will be expanded in future versions.

The 13 MP rear camera has a dual LED flash and the phone uses a DSLR quality image processor. Whilst this is less than the 16 MP of the S6 it’s more than the 8 MP of the iPhone 6. There’s more to photography than the number of pixels though and in use it delivers natural colors and it has an impressive auto mode that helps ensure you get the best results. It’s good in low light too.

If you need to grab pictures in a hurry the P8 lets you take a shot while the phone is locked by double pressing the down volume button. There are various options to let you enhance your photos, including a beauty mode which irons out wrinkles, slims faces, enhances eyes and generally tries its best to make you look like Kate Moss -- with slightly scary results. There’s a light painting mode too so you can take long exposure shots of night time traffic or a friend writing in the air with a torch. Let’s not forget the front 'selfie' camera which at 8-megapixels offers better resolution than most of the competition.

WPS Office and NQ anti-virus are pre-installed but otherwise the phone isn’t overloaded with software, though you do get a few useful tool apps including a mirror and a torch. If you’re used to standard Android, however, the Huawei interface doesn’t feel quite as polished, with rather dull, uninspiring icons in its default settings. You can tweak it via a Themes app to brighten things up a bit though.

Shop around and you can pick up a 16GB P8 for about £360 which is cheaper than the competition from Samsung and Apple. If you want a contract, Carphone Warehouse is currently offering it for £21.50 a month on its own iD network. Price is really the only advantage it has, there are no big technical advantages, but don’t let the fact that the Huawei isn’t a big name phone put you off.

The P8’s hardware is well up to the standard you’d expect of a flagship phone, the camera in particular is impressive, and it feels well made. The only major thing missing compared to a Galaxy S6 or iPhone is a fingerprint scanner.

Other than that what lets it down are the non-standard interface and some slightly gimmicky features like the knuckle sensing mode that don’t feel quite thought through. But spend a bit of time tweaking the user experience and it’s a phone you can quite happily live with and not feel that you’ve bought second best.