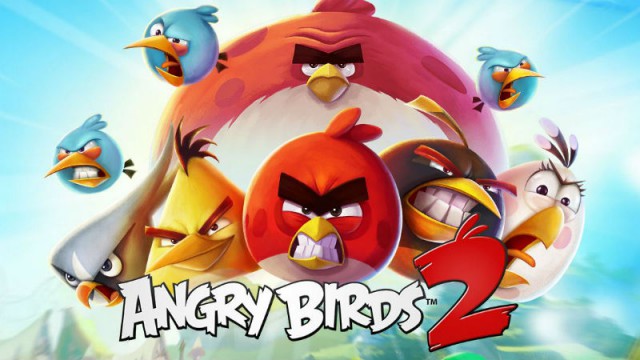 Angry Birds 2 has already hit 10 million downloads in three days, but it might not all be fun and games for parents letting their kids use bank accounts on mobile.

"Whilst gamers delight in the arrival of the latest version of our feathered friends in the form of Angry Birds 2, the new format should come with a slight health warning for unsuspecting parents", says Hannah Maundrell, editor in chief of Money.co.uk. "With 8.7 million 5-16 year olds on school summer holidays at the moment, this well-timed launch lands in peak season for children racking up bills on their parent’s online payment accounts".

Rovio launched the game at the perfect opportunity to snap up kids off school, since free apps are downloaded by a much younger audience. The original Angry Birds was a free game, and age demographics were much older for the first six months.

"Our research shows that over half of 5-16 year olds use their parent’s online payment accounts and one in three has already racked up a bill that has got them into trouble", Maundrell continued. "Some of the parent’s surveyed claim their children have spent almost £600 on their accounts, with over half totally unaware they were doing it. Gaming is the most likely trap for children, many of whom make in-app purchases without realizing what they’re doing—in fact 33 percent of those surveyed have fallen foul of this".

Apple has added new controls and refund policies to avoid the massive in-app purchase madness on iPhone and iPad, but some sneaky purchases are swept under the rug. The way Angry Birds 2 advertises in-app purchases is also tied directly into the game, making it easy for young people to be misled by the purchase.

Maundrell advises parents to block in-app purchases, something that can be done with family settings enabled on iOS 8. Parents that have not set up family settings should warn kids against purchasing anything in the game, or removing bank details on the account.

Sadly, Apple has not implemented a limited spending option for iOS, which would allow kids to have a set limit per week or month to spend on in-app purchases. Currently the only middle ground is a notification asking for the parent’s permission to buy an app.

Over £33 million will be spent in the next six weeks on in-app purchases for children on mobile, £13 million of which will be done without a parent’s permission.

2 Responses to Parents, monitor your kids' spending in Angry Birds 2