This (!) is precisely why phones without removable batteries are a terrible idea 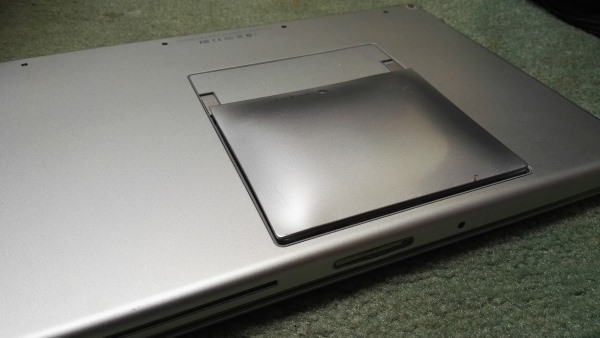 When looking for a new phone, people place importance on numerous things -- different strokes for different folks, and all that. Two things that are frequent bones of contention are the absence of a microSD slot, and a battery that cannot be replaced by the user. It used to be the case that every phone out there (well, let's ignore the iPhone for now) had a battery that you could easily be replaced if needed. Or perhaps you wanted a spare battery so you could use your phone for longer.

But recently there has been a worrying move towards delivering phones that are sealed units -- if your battery gives out on you, you have no option but to send it back to the manufacturer for a replacement. This takes time and money, but the problem of batteries that can't be replaced by users runs deeper than this. Just look at the image above.

OK, OK, that's a photo of a MacBook Pro battery, but it's still relevant. I've had batteries in phones puff up in the same way, thankfully in phones that I have been able to buy replacements for -- just as with the MacBook Pro. This battery swelling is something that, usually, happens very gradually; you tend not to wake up in the morning and discover that it has doubled in size overnight. This glacial creep can make it hard to notice when it's happening, but there will eventually be warning signs.

Battery life will almost certainly be impaired. A swelling battery is not a healthy battery, and you'll almost certainly notice a substantial drop in how long the charge lasts. There will probably be other power-related issues such as random restarts and overheating. Leave things for long enough, let the battery swell too much, and you might well notice that the rear cover starts to pop off. At least this is the case with phones whose batteries you can replace yourself.

It's a different story for phones that are sold as sealed units. It's not just the iPhone, Samsung's recently announced Galaxy Note 5 and Galaxy S6 Edge+ are also culprits. Because the case is sealed, because the back is screwed on -- or maybe the body is one solid piece of material -- you can't see the battery or the physical effect it might be having on your phone... at least until it is too late. With a phone whose back can pop off, this is exactly what a swelling battery will cause to happen. There's not enough room to continue to swell, so it makes a bit more room by pushing the obstacle out of the way.

With a sealed unit this just can't happen. Sure, the rear of the phone could bulge a bit, but it is designed not to move. But that swelling battery's not going to stop growing just because the back's not shifting. Rather than pushing a cover out the way, that puffed-up power pack is going to expand into, and start crushing, anything that's nearby -- circuit board, chips, the screen. That's when your repair bills start to get a lot steeper.

This was all prompted by splashing out £46 (around $72) this weekend on a couple of replacement batteries for a pair of Samsung phones. Both handsets are slightly aging, but both fully functional aside from atrocious battery life thanks to worn out batteries. The problem was easily diagnosed -- when battery life started to drop, it was initially put down to just general aging. But when it dropped more and more, it became clear that something more serious was wrong. It was very simple and, more importantly, free to slip off the back, remove the battery and perform a table top spin test (not that this was really necessary thanks to the obvious bloating).

It would have been a very different story had the phones' backs not been removable. I would have either had to send them off to be looked at, or take them into a store for repair. Time. Money. Both valuable commodities to me. And paying someone to operate on my phone rather than just being able to buy an aftermarket replacement battery will be the more expensive option in just about every case.

Or I may just have put up with it because I couldn't do something about it myself. Left to itself, the swelling battery could have become seriously problematic, potentially exploding or leaking. Without the ability to remove the back and look at my battery, I could have been none the wiser until it was too late. That's why sealed unit phones are bad. That's why users should be able to replace their own batteries.

37 Responses to This (!) is precisely why phones without removable batteries are a terrible idea