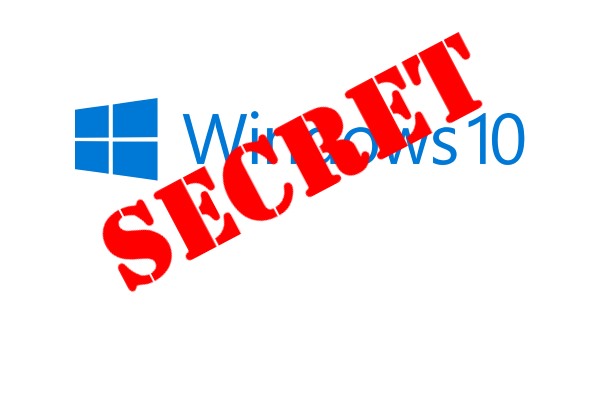 Wait for it... wait for it... For all of the criticism I have levelled at Microsoft, I actually rather like Windows 10. It is, of course, not without its faults, but in the main it's a solid operating system and a reasonable upgrade from Windows 8.1. I have a (well-earned) reputation for negativity, cynicism, and pessimism, so what's with the sudden burst of positivity?

In reality, nothing has changed, but I've settled into my stride. Rather than battling the bits I hate (and there are still plenty), I've learned to turn a blind eye. I've realized that I was trying to fit Windows 10, rather than making Windows 10 fit me. There's still plenty I don't like, but by simply learning not to focus on them, I've come to like the operating system much more. As with so many things in life, it's all about how you use it.

I've made quite a lot of complaints about Windows 10. Let's face it, I have grumbled endlessly about it. That’s just the way I am; it's in my nature to be critical and negative. But having used Windows 10 for around a year now, I've decided that there's no need to get hung up on the bits I'm less keen on. This might seem a bit backward, but in order to move forward, I've decided to look back at the complaints I've made, and see how my opinion has changed.

I still don't like them. Not one little bit. Simple solution: don’t use the buggers! Easy and obvious -- like all the best solutions. I wish I could find something to love, but I can't. As the old adage goes, 'if you can't say anything nice, don't say anything at all'. So I'll say nothing about modern apps. They need not impact on my life in the slightest.

I can't imagine, really, that I'm all that different to most people. I use a web browser (Chrome) for just about everything -- perhaps this says something about life in the cloud -- and writing is taken care of by Word. Image editing is catered for by the simply brilliant Paint.NET, I play the occasional game in BrettSpielWelt, I browse my hard drive with File Explorer, and I chat with my colleagues using Slack. That really is about it. My needs are pretty basic. Oh, there's also Snagit for screen grabbing.

The taskbar is home to all of the shortcuts I need on a daily basis. There are few extras thrown in such as a shortcut to Settings, one to Edge (in case, heaven's preserve us, I ever need to use it), and one to Notepad (oh yes... keeping it old school!). Should I need to use Excel, Firefox, or something else, then I can hit the Start button.

In terms of finding files -- I just know where things are! I'm organized, and my folder structure is such that it never takes me long to track down what I need -- it would almost certainly take me longer to perform searches through the Start menu.

So, for the most part, I simply ignore the Start menu. It's an arrangement that suits us both down to the ground.

My opinion hasn’t changed: Edge still looks like a kindergarten browser. It's still not only horrible-looking, but also lacking in features. Microsoft is working on bringing the features users are asking for, but my interest has already been lost. For now, I'll simply ignore Edge in the same way I did Internet Explorer.

Still something I completely fail to understand the need for, but if they bring joy to certain people, so be it. I'll continue to give them a wide berth. I've already explained how little time I spend in the Start menu, so Live Tiles and static modern app tiles are not seen very often. When I do fire up the Start menu, I might be irritated by a couple of tiles and delete them. I'm slowly whittling through them -- eventually they'll all be gone!

My loathing of the Windows 10 Mobile-style tile has waned slightly. I still don’t regard this as a triumph of design, but I can appreciate the neat simplicity. It provides handy way to toggle Bluetooth and adjust screen brightness, but I really do wish the problem with the incorrect reporting of Airplane mode could be addressed.

Not important --another feature I find very, very easy to ignore these days. I just fail to see the point, so why get hung up on it. Move on... there's nothing to see here!

Who am I kidding? I'm embedded in Google -- I'm used to (although still not entirely comfortable with) the idea of my personal data being collected for the purposes of advertising, personalization of experience and so on. With Google, it has been known about for years... it's what Google is about, after all. Somehow it felt different with Microsoft. Microsoft wasn't supposed to be playing these sorts of games, and when it cropped up in Windows 10 it felt, well, kind of dirty really.

I'm still not fully reconciled with Windows 10's privacy and telemetry issues, but this is more to do with Microsoft's initial lack of transparency and the absolute fudge it made of communicating with users. Considering I have basically sold my soul to Google in using Gmail, Google Drive and Android, who am I to take umbrage with Microsoft. It's just taken some getting used to, that's all.

I guess there's also the fact that it is much easier to find an alternative to Google products if I so chose. When it comes to Windows, sure I could switch to Linux or OS X -- I have done before, but I've come back for one reason or another -- but there's nothing quite like Windows in terms of usability, compatibility and familiarity.

I'll be straight with you -- this is one gripe I'm having trouble letting go of. It still irks me that I have to go to different places to access different settings, but I appreciate that it's not the end of the world. I will occasional get caught off guard when Settings unceremoniously dumps me back into the Control Panel, but then I am fairly easily riled. This is one I'll have to continue to work on, as I hope that Microsoft is working on a way to combine the two into one neat repository for settings. Here's hoping... but I won't be holding my breath.

I'm interested to know if I'm alone in finding that my view of Windows 10 has softened over the months. There are still things that take me by surprise, new revelations that take be aback, but for the most part I have made my peace with Windows 10 -- have you done the same?

I can't promise that I won't bitch and moan again in future (what can I say? C'est moi!) but my base level opinion of Windows 10 has crept up.