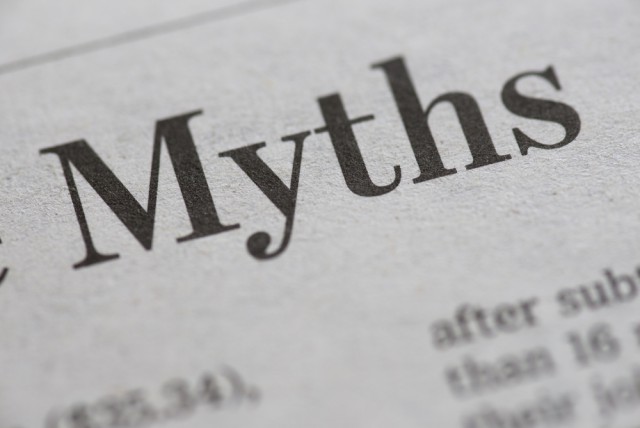 If we look at the world of cyber security through the eyes of the media, it’s a pretty frightening view. We hear story after story of security breaches hitting major companies and the next data leaks that follows affecting thousands of people. It’s enough to fill any business with trepidation.

With cyber security such a big talking point, we tend to see a lot of information floating around -- some of which is not in the least bit true. If a company wants to enhance its IT security it is imperative to be able to separate facts from fiction.

It’s these fundamental security myths that cause organizations to incorrectly assess threats, misallocate resources and set inappropriate goals. Dispelling those myths is key to developing a sophisticated and appropriate approach to information security.

So, what are these myths exactly?

Implementing appropriate technical controls to safeguard the information that an organization holds is the first line of defense against security threats. However, the biggest issue faced by businesses is in regards to the users of the systems where this information is held.

These people represent the most significant risk either through intentional actions, a disgruntled staff member for example, or by accident. A 2015 HM Government Information Security Breaches Survey found that 81 percent of large organizations reported some staff involvement in the breaches they suffered.

The most common threat today is ransomware, an attack that is typically based on sending an email to a member of staff with an attachment. By opening the file, malware is downloaded onto the computer and the rest is then history. Educating staff to not open attachments or click on links is one of the most important areas for organizations to concentrate on.

The risks from cyber-attacks are no longer just a matter for technical teams. High profile attacks like TalkTalk and Sony have resulted in serious financial and reputational damage being done. The result is that cyber security is starting to become an issue that is handled at boardroom level.

To deal with most cyber attacks, implementing good software management is the first stage of the process. It covers two of the five basic controls that CESG has listed as part of their Cyber Essentials scheme. Whilst it is effective in limiting the success of an attack and mitigating the effects, in isolation it simply cannot achieve everything.

Once again, people pose the biggest threat to secure information. Education about exposing their organization to danger must be implemented. Businesses must strike a balance here though -- introducing technical solutions that are complex and unusable by staff is counterproductive and will not protect sufficiently against attack.

Most organizations that are serious about protecting their information understand that a successful cyber attack is unfortunately inevitable -- we have to accept that trying to keep the bad guys out may not be possible For the majority of businesses, implementing the controls set out by CESG would prevent most straightforward attacks. However, what they are unable to deal with are the less common but more advanced and prolonged attacks.

Well-developed processes across an organization need to be implemented to detect unauthorized network activity and start appropriate action quickly. For any organization holding significant amounts of sensitive or personal data, they must drive change to get to a stage where their systems can find attacks and automatically change themselves to stop the attack being successful or lower the damage that occurs.

A 2015 HM Government report confirmed that 74 percent of small and medium-sized enterprises reported a security breach. However, only seven percent of small businesses expect information security spend to increase in the next year.

The myth that small and medium-sized businesses don’t face a threat is actually the very opposite. For a hacker, small and medium-sized organizations are seen as an opportunity as they believe less is being done to protect data. This data might be information about clients, customer details, bank details or it might be as a way into one of your customers’ systems where you are linked through e-commerce, by email or in some other way.

The previously mentioned ransomware affects both SMEs and people alike. Hackers are intelligent -- they do not ask for millions from their victims but instead ask for a sum of money that is significant but acceptable to most people.

The weak point is the user who clicks on links in emails or opens attachments. This is when the vicious circle beings. Before paying the ransom to get back to "normal" operations, just remember there are many gangs out there who will share your information. The evidence that you are willing to pay will quickly be passed around to other similar groups.

Things are undoubtedly getting better when it comes to the hardware and software that is being created -- Windows 10 is widely accepted as being one of the most secure Microsoft operating systems there has ever been .

Manufacturers understand the importance of security for users and are working to improve this. They do face a challenge here though. If a computer is too secure then users find ways around the security or do not even use that system at all. Technology can go so far but it is still often the users themselves who are unpredictable and unreliable.

Each and every one of us has personal and sensitive data that we want to keep to ourselves and not share with anybody. In the Internet age we live in though, this is becoming increasingly difficult.

One of the primary purposes (if not the only one) of the World Wide Web was to share information. Once information about us is out in the Internet domain, it’s no surprise that it can find its way into the hands of bad people. It is essential to make sure that the more sensitive or personal information is better protected.

This includes protecting information stored on our local PC, tablet or smartphone. We need to realize than any device that can connect to the Internet is an opportunity for hackers.

The Internet addressing protocol IPv6 will offer every single Internet-enabled device in the world with its own unique address so that they can be individually contacted. Smartphones, tablets, washing machines and even cars will be included. Whilst our lives are becoming more connected and convenient, a bigger opportunity for criminals to take advantage of this has been created.

The hacker of today only needs access to the Internet to start an attack. As connectivity to the Internet continues to grow, so does the cyber attack surface available to hackers.