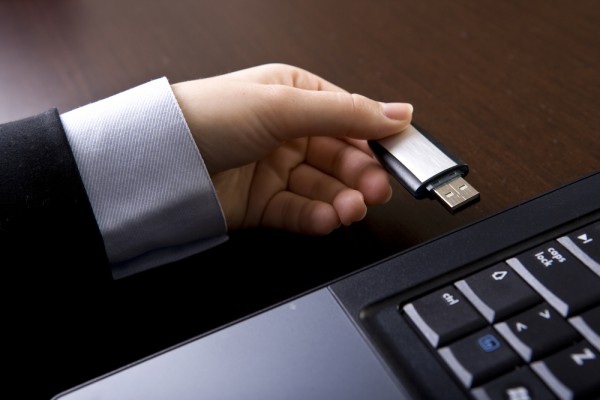 With the increasing move to the cloud, it may seem that USB storage devices are becoming obsolete. However, research by endpoint protection company CoSoSys suggests that USB still has a place.

The survey of 2016 Infosecurity Europe visitors looks at the use of USB storage devices in the enterprise and the policies governing them.

The research found that 74 percent of respondents' organizations allow employees to use USB devices in their networks, yet only 35 percent of companies force employees to use encrypted USB devices. What's surprising in the age of cloud is that 65 percent of employees still use USB devices to transfer company data. "This is a significant percentage and, in correlation to the 74 percent that are allowed to connect USB devices to their computers, and with the fact that USB thumb drives are constantly improved with bigger storage capacity and higher transfer speeds, makes them vulnerability for data security and exposes organizations to potential data leakage and data loss," says Roman Foeckl, CoSoSys CEO and founder.

The vulnerability of USB is underlined by the fact that only 56 percent of employees say they have never lost any USB device, while the majority of the rest have either lost one themselves, or know someone who has. Of employees who have lost a device, only 55 percent reported the loss to the IT department, 19 percent say they didn't alert anyone, and an additional 18 percent were unsure what to do.

You can find out more about the survey findings on the CoSoSys blog.