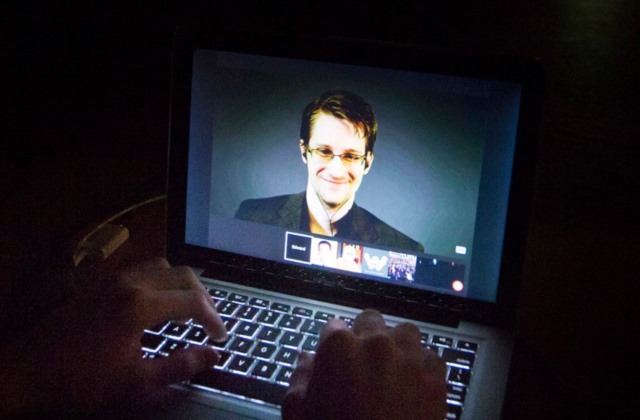 Edward Snowden. A liberal darling, and simultaneously a figure of hate. His surveillance leaks are now legendary, and while the NSA whistle-blower hides away in Russia, there are calls for President Obama to issue a pardon before President Trump becomes a reality.

But Obama is having none of it. In an interview with Germany's Der Spiegel, the out-going president was asked bluntly about pardoning the former NSA contractor. His response was: "I can't pardon somebody who hasn't gone before a court and presented themselves". Obama, of course, could pardon Snowden if he wanted, regardless of whether he has faced trial, but he's not going to say that.

The choice of the word 'can't' over 'won't' is important. There are many people who have been calling for Snowden to be pardoned for some time now. With the impending arrival of Donald Trump as Obama's successor, the importance of a pardon being delivered -- say Snowden supporters -- is more important than ever. It's fair to say that it is a near-certainty that pardon pleas made to President Trump would fall on stone deaf ears.

Obama's interview with Der Spiegel is extremely interesting. He says:

I can't pardon somebody who hasn't gone before a court and presented themselves, so that's not something that I would comment on at this point. I think that Mr. Snowden raised some legitimate concerns. How he did it was something that did not follow the procedures and practices of our intelligence community. If everybody took the approach that I make my own decisions about these issues, then it would be very hard to have an organized government or any kind of national security system.

At the point at which Mr. Snowden wants to present himself before the legal authorities and make his arguments or have his lawyers make his arguments, then I think those issues come into play. Until that time, what I've tried to suggest -- both to the American people, but also to the world -- is that we do have to balance this issue of privacy and security. Those who pretend that there's no balance that has to be struck and think we can take a 100-percent absolutist approach to protecting privacy don't recognize that governments are going to be under an enormous burden to prevent the kinds of terrorist acts that not only harm individuals, but also can distort our society and our politics in very dangerous ways.

And those who think that security is the only thing and don't care about privacy also have it wrong.

And that's very much what we would expect him to say. It’s worth pointing out that Obama now makes no reference to his previous belief that the security debate that was thrown up in the wake of the Snowden revelations helped to make America stronger. His change of direction -- or at least his change of tone -- is interesting. Obama is now clearly concerned about the legacy he leaves behind. Voted in as the man who was going to change the face of America for the better, he ended up disappointing many. This latest interview shows that he is not a man who is willing to further risk his reputation by making a controversial and divisive gesture such as pardoning Snowden.

It is perhaps significant that Snowden has chosen to hide away in Russia. The relationship between the US and Russia is -- to put it lightly -- at something of a low ebb. But Obama was Snowden's best hope. The chances of a pardon under a Trump administration are vanishing thin, although the Tump/Putin love-fest could yet yield a surprise. If the world of politics has taught us anything in recent weeks, it has to be that anything is possible.

To pardon, or not to pardon? That is the question...