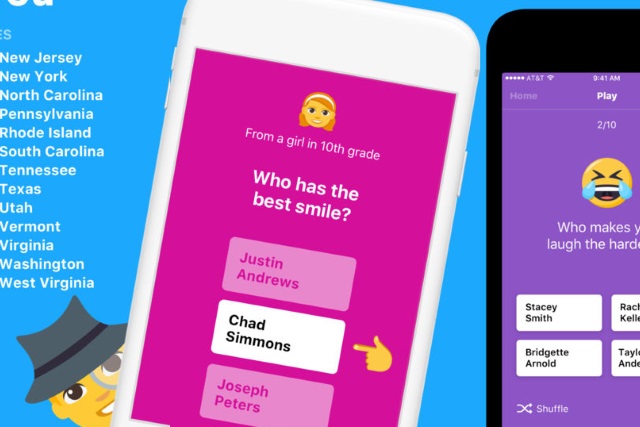 Facebook's desperation to appeal to the teenage market is well known, and its latest attempt to tap into it sees the social network acquiring tbh. The anonymous feedback app has proved to be a huge hit on iOS since its launch in August. An Android version is still in the pipeline.

With tbh, despite the anonymity, there's a strong focus on positive polls -- questions like "who has the best smile?" crop up, for instance -- and over a billion pieces of feedback have been given in a matter of weeks. It's not clear whether Facebook will keep the service truly anonymous, or will make use of the data it could undoubtedly gather through the app.

In a statement given to TechCrunch, Facebook said: "tbh and Facebook share a common goal -- of building community and enabling people to share in ways that bring us closer together. We're impressed by the way tbh is doing this by using polling and messaging, and with Facebook's resources tbh can continue to expand and build positive experiences."

Over on the tbh website, the company broke news of the acquisition:

When we set out to build tbh, we wanted to create a community that made us feel happier and more confident about ourselves. We felt that people craved genuine and positive interactions in their online experiences.

While the last decade of the Internet has been focused on open communication, the next milestone will be around meeting people's emotional needs.

It looks like this hunch might be true: over the last few weeks, over 5 million people have downloaded tbh and sent over a billion messages. More importantly, we've been inspired by the countless stories where tbh helped people recover from depression and form better relationships with friends.

When we met with Facebook, we realized that we shared many of the same core values about connecting people through positive interactions. Most of all, we were compelled by the ways they could help us realize tbh's vision and bring it to more people.

Going forward, your experience on tbh won't change and we'll continue to build the features you love -- now with plenty more resources.

While details of the money that changed hands have not been revealed, TechCrunch reports that Facebook paid under $100 million -- which is a very nice windfall for the startup.