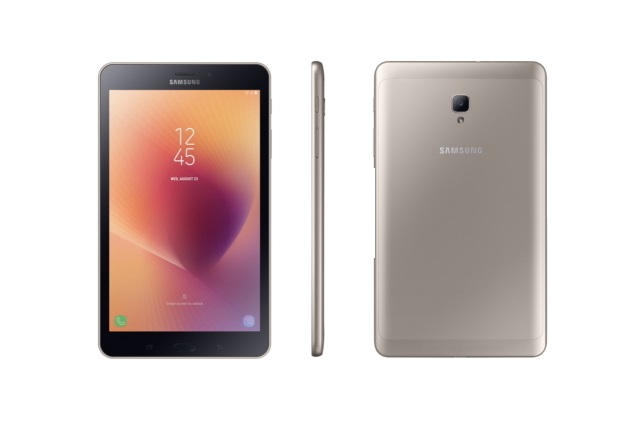 Samsung has announced an upcoming tablet, the latest addition to the Galaxy range. The Samsung Galaxy Tab A (8.0") -- also known as the Galaxy Tab A (2017) -- has been "designed for the whole family" and is a budget tablet that you won't mind sharing it with, or giving to, the kids.

The specs are, generally speaking, nothing to get too excited about, but that's not the aim of this tablet. The metal body gives an air of quality to what Samsung describes as "an everyday, versatile tablet," and a 5,000mAh battery can power the device for up to 14 hours. Although this is pitched as a family device, there is a strong focus on children.

The tablet will ship with Android 7.1.1, and Samsung is not saying whether there is an Oreo upgrade in the pipeline. Multiple accounts can be set up so kids and parents can keep their apps and settings separate, and Parental Controls are available to place limits on what can be done. A free three-month subscription to YouTube Red is included for ad-free access to YouTube Red content.

Here are the specs as shared by Samsung: