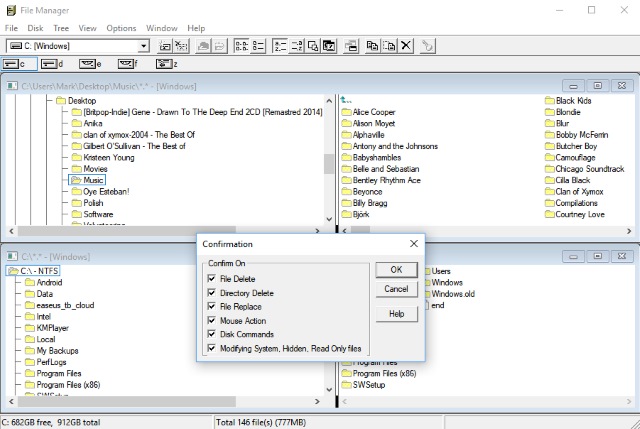 Cast your mind back several years and you'll remember Windows 3.0 and earlier. This was when Microsoft started to bring home computing to the masses, and for anyone raised on modern Windows, the lack of Start menu, taskbar and other components makes the operating system seem antiquated and unusable.

But use it we did! Back then, there was no File Explorer, but File Manager instead -- and it's something that people sometimes feel nostalgic about. A couple of days ago, Microsoft open sourced the File Manager code, and a Windows 10 version has been released.

The source code -- as well as the compiled File Manager for Windows 10 project itself -- is available to download from GitHub. It has been a ten-year project, having been tweaked and tinkered with by Craig Wittenberg for his own personal use. He has released not only his personalized version of File Manager, but also the original version, albeit updated to run on Windows 10.

With the choice between the two builds, you can try out File Manager in its original form, or benefit from the changes and additions that have been made in version 10.0. What can you expect from File Manager v10.0? Here's the list of changes:

You can download File Manager v10.0 from GitHub -- just head to the Releases section to grab the software.