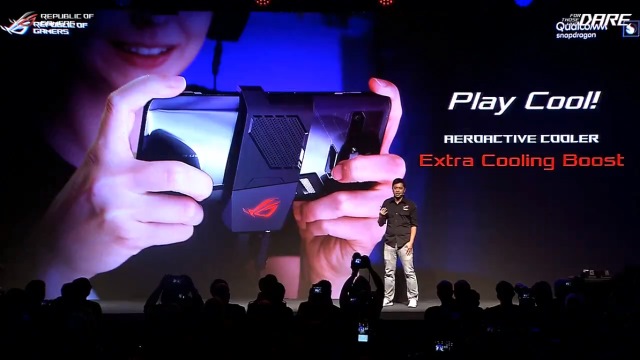 That this is a gaming smartphone is not the only "first" claimed by ASUS; it is also described as the world's first smartphone with a 3D vapor-chamber cooling system called GameCool. At the event, ASUS also revealed the ROG Rapture GT-AX11000 router with Wi-Fi speeds of over 10,000Mbps, as well as ROG Ryujin and ROG Ryuo CPU coolers, and ROG Thor 1200W Platinum power supply.

The ROG Phone is equipped with the world's fastest mobile processor -- the octa-core Qualcomm Snapdragon 845 Mobile Platform clocked at 2.96GHz. The chip features a gaming-optimized Qualcomm Adreno 630 GPU which ASUS says helps the ROG Phone to "break every rule to go where rivals fear to tread". 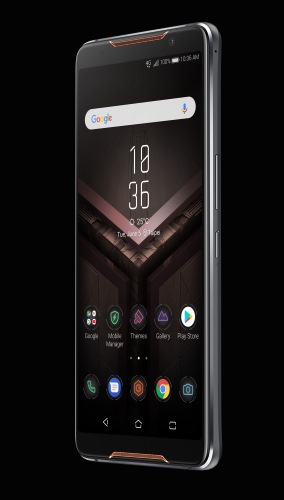 The ROG Phone features a 6-inch AMOLED display with HDR visuals, a 90Hz refresh rate and 1ms response time. The unique GameCool 3D vapor-chamber cooling system helps keep the hardware from overheating, and there is also a detachable AeroActive Cooler for an extra cooling boost. ASUS has created a gamer-centric design that features side-mounted ports optimised for landscape-mode, and ultrasonic AirTrigger touch sensors.

Qualcomm Technologies and ASUS have enjoyed great successes over many years and we are thrilled to be at the core of their newest cutting-edge device, the ROG Phone. Our entirely re-architected Snapdragon 845 Mobile Platform with the gaming-optimized Adreno 630 GPU is designed for speed, minimizing thermal throttling and maximizing battery efficiency so users can play longer. Snapdragon 845 is engineered to deliver an unparalleled gaming experience; supporting exceptional performance, fast and smooth graphics, and Gigabit speeds whether on LTE or 802.11ad Wi-Fi.

ASUS also has a new ROG Delta headset that can be used with the ROG Phone and features a ESS quad-DAC that helps deliver "clear, true-to-life gaming audio that gives gamers a better ability to pinpoint in-game opponents".

Here are the full specs for the phone:

You can watch a re-run of the presentation on Twitter:

The ROG Phone is due for release later this year but for now ASUS has not given any details of pricing.

One Response to ASUS Republic of Gamers reveals the ROG Phone, a gaming smartphone with a 3D vapor-chamber cooling system