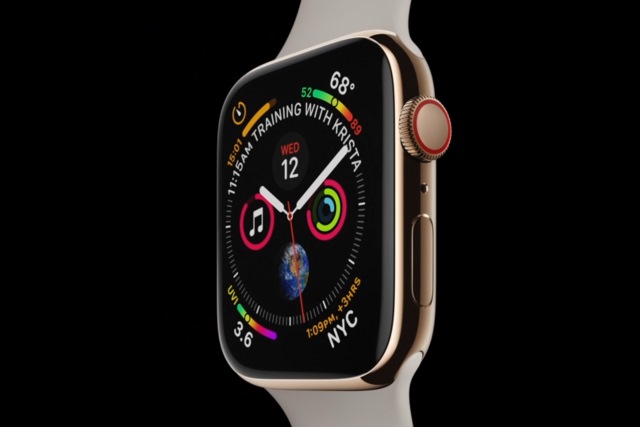 Today at the Steve Jobs Center in Cupertino, Apple took the wraps off the latest addition to its Watch range. Apple Watch Series 4 comes in two sizes -- 40mm and 44mm -- and the screen is over 30 percent larger in both instances.

Despite the large screen, the casing has hardly changed in size -- in fact it is thinner. Faces and apps have been redesigned to take full advantage of the edge-to-edge screen, and Apple says that it has managed to maintain the same battery life as the previous model, thanks largely to the new S4 chip with a custom 64-bit dual-core processor. New features include fall detection, and a new sensor that makes it possible to use Apple Watch to take ECG readings

Apple says that this is first FDA-approved ECG device that's available to consumers, and this new feature has been facilitated by the redesigned crown. The redesign also allows for more accurate scrolling through lists and apps, and there's also haptic feedback.

With watchOS 5, Apple Watch intermittently analyzes heart rhythms in the background and sends a notification if an irregular heart rhythm such as AFib is detected. It can also alert the user if the heart rate exceeds or falls below a specified threshold.

Fall detection utilizes a next-generation accelerometer and gyroscope, which measures up to 32 g-forces, along with custom algorithms to identify when hard falls occur. By analyzing wrist trajectory and impact acceleration, Apple Watch sends the user an alert after a fall, which can be dismissed or used to initiate a call to emergency services. If Apple Watch senses immobility for 60 seconds after the notification, it will automatically call emergency services and send a message along with location to emergency contacts.

The Apple Watch's focus on fitness means it should come as no surprise that there's Nike+ optimization, as well as the option of adding up to eight complications to a face to keep an eye on even more stats. 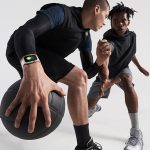 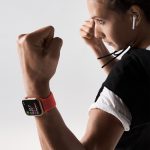 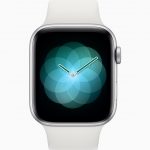 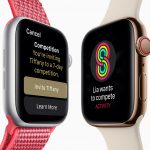 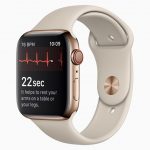 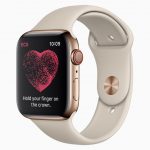 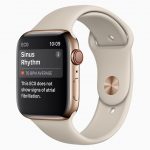 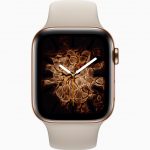 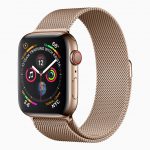 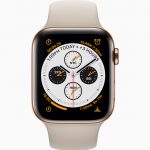 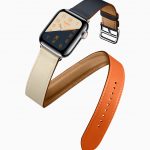 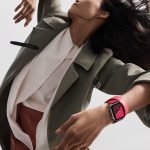 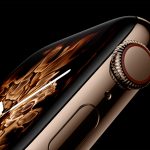 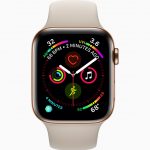 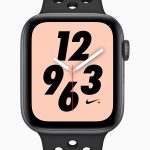 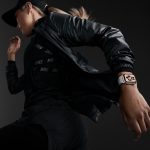 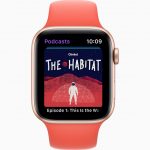 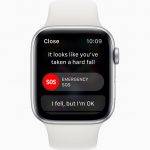 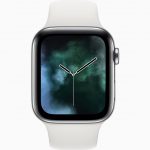 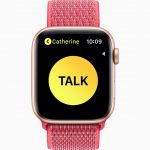 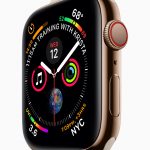 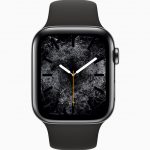 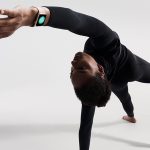 The speaker has been made 50 percent louder, and the microphone has been moved to the other side to reduce echo and improve call quality.

There are new finishes available -- stainless and gold stainless -- adding to the existing aluminum finishes anodized in silver, gold and space gray, and both new and old bands can be used with the new Watch.

Apple Watch Series 4 is available to order from September 14, and ships September 21. Pricing starts at $399 for the Wi-Fi-only version, and $499 for the cellular edition.

Apple Watch Series 3 gets a price drop and is now available from $279. watchOS 5 will launch on September 17.