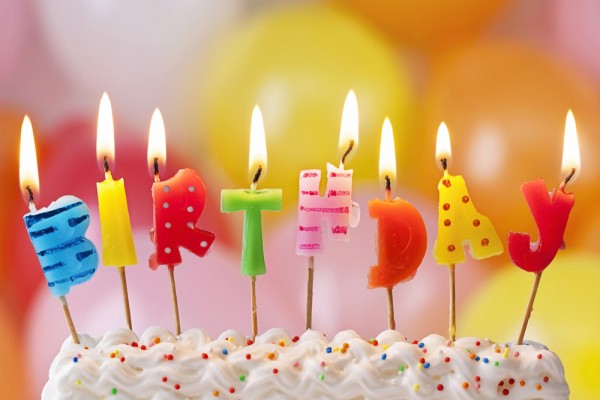 Few things have stood the test of time in the Internet era. Technologies come and go at a rapid pace, as we create new and better tools to help us solve more and more complex problems. Once they've served their purpose, we bid them adieu and move on. Loyalty plays no part here. You either adapt or are left behind.

Looking back, you can (still) name a couple of game-changing products and technologies born decades ago that we continue to enjoy today. If you're a consumer, you're probably thinking of Windows or the Mac. If you're a software engineer, Java's high up on your list. And for good reason. As it celebrates its 25th birthday this weekend, it remains at the top of its game as one of the most popular programming languages ever created. Happy birthday, old timer!

If you think I may be misusing the world "old," considering that many of you reading this article may be North of that figure (myself included), keep in mind that the Internet as we know it is not all that much older than it.

Back in the 90s we had Yahoo! and Netscape and many static websites that did not do much. Remember that? Well, Java, which made its public debut on May 23 1995 at Sun, was there too behind the scenes.

It's actually one of the programming languages that helped us move to where we are today (and, along the way, it inspired some to come up with alternatives of their own -- like C#, which was created because Sun wouldn't let Microsoft contribute to it).

The ecosystem surrounding Java has evolved greatly along the way as well. When it comes to software development, the language is only part of the equation.

Perhaps decades ago it would have sufficed on its own to create major pieces of software, but as the Internet evolved so have our needs. These days, software is much more intricate.

If you look at the type of solutions that Java underpins, you'll hear about enterprise-scale software. Google, LinkedIn, Uber, Netflix and Spotify are some of the biggest players in the industry to use it. It's game-changing products.

And the really cool thing about some of these companies is that they are also playing a key role in its growth, releasing (mostly through open source projects) tools that they use internally to push the boundaries.

If you take a look at Netflix's GitHub account, you'll see that many of its libraries are in Java. And we are not talking about obscure ones here, but rather libraries that have been embraced by many other companies.

There's one that I indirectly rely on at my day job, which I have come to appreciate rather quickly, and that's Hystrix. It's through projects like these that Java is where it is today.

I know that I've discussed Java's popularity without actually giving you some concrete stats. So, here goes. The TIOBE index places it in its latest report in second place, with less than a percentage point separating it from the venerable C. StackOverflow, in its 2019 survey, found that Java is the fifth most-popular language (third if you exclude HTML/CSS and SQL).

Until recently, Java had evolved at a somewhat slower pace, lagging behind the competition in terms of features. Since Java 8, which was a major upgrade released in 2014 --  one that is still in use at major companies today -- things have changed.

The language created by the great James Gosling (who just so happened to celebrate its 65th birthday earlier this month), has started to move at a faster cadence, with version 14 launched in mid-March.

It's interesting to note here that new versions are not aimed at prime time in their entirety, as there is also preview functionality for early adopters (who are crazy enough to have that in production). Different times, different strategies. And if the past couple of years are anything to go by, chances are we'll see many more added in the near future.

Have any of you, dear readers, used Java at work? Are you still using it today? Please share your thoughts on it in the comments section below. I'm sure you have some stories to tell.