The lady who in September 2005 called Microsoft CEO Steve Ballmer's claim in a BusinessWeek article that his company would eventually "win the Web" "deplorable in the light of what the Web means to the world, to users, to designers and developers and to put it into Microsoft parlance, customers," now finds herself working for him.

Molly Holzschlag, the former group lead of the Web Standards Project (WaSP) and still contributing expert to the W3C, announced on her new MSDN-hosted blog this morning that she has joined Microsoft on a contractual basis, to provide expertise to the Internet Explorer group on matters of interoperability.

"The Web, as envisioned by its creator Tim Berners-Lee, was always meant to be an interoperable platform," Holzschlag wrote yesterday. "That was the entire heart and soul of its emergence: To provide people a means of sharing information across the world without regard to the computer platform or browser in use."

She added that, while evangelism is one way to promote interoperability, another involves actively working with developers toward a "stable baseline of compatibility," and providing education toward that end.

Last December, Holzschlag was one of a group of 14 bloggers invited to tour Microsoft's campus in Redmond, Washington. As she blogged at the time, she asked Chairman Bill Gates why Microsoft waited five years to move forward with Internet Explorer 7.0, and what will Microsoft do to ensure that Web standards development doesn't have to wait another five years in order to keep Microsoft in the loop.

Her transcript of the question reveals Gates' pattern response, which some would view as typical: attempting to rephrase the question, and then taking the questioner to task for not having accepted it as the question that was asked to begin with. "Eventually a question has to be answerable," Gates is quoted as having said.

That same month, OSTG Editor-in-Chief Robin Miller was one of another group of ten bloggers invited to a similar tour. There, as Miller reported for Linux.com, company executives touted the power and vision of Vista and asked its guests - including the Linux advocates in the crowd - to please blog about that vision. At the same time, guests were instructed to sign a non-disclosure agreement preventing them from communicating certain details of their visit.

"Microsoft is not short of smart, hard-working employees," Miller wrote. "I'm sure that in many ways it's a great place to work. I also think, from what I heard during my visit and what other Microsoft employees and customers have told me at other times, that it has degenerated into a series of disconnected fiefdoms that aren't all moving in the same direction."

For his trouble, Miller received a free Zune, which OSTG then offered to give away as a "development system." 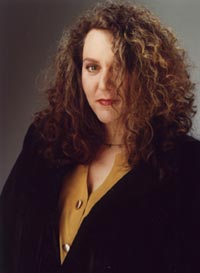 Meanwhile, Holzschlag's life appears to be changing direction. As she wrote yesterday, "It is my desire that persistence coupled with diplomacy will assist us all in moving to a time where interoperability becomes the heart of the Web again."

This from the lady who in 2005 wrote the following: "The Web belongs to everyone. The Web's core vision and value is to be platform independent. Microsoft has no right to think it can win a tool that is for the people, of the people, and ultimately - by the people. No Mr. Ballmer, you will never win the Web for one very good reason: We the people will make sure you never do."