The new high-end Walkman, Sony's NWZ-810 series, sports a 2-inch QVGA (320 by 240 pixels) LCD display, and offers up to 8 hours of battery life when playing video or 33 hours with audio. The slightly-cheaper NWZ-610 models come with a 1.8-inch screen and FM tuner.

Because of its deal with Microsoft -- the Walkman models will include Windows Media Player 11 -- Sony will close Connect early next year. In turn, the company says customers will have more flexibility in where they purchase their music. eBooks sold via Connect will not be affected, the company said. 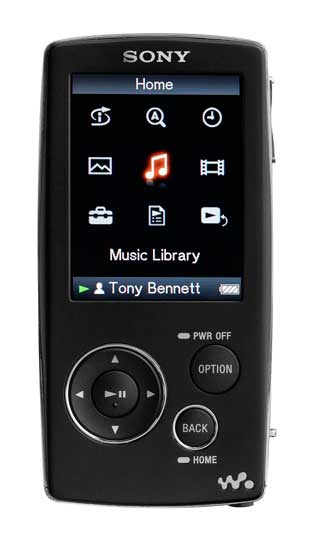