Nvidia has announced its APX 2500 processor, taking the multimedia handset processor into its second generation, and in a game-changing prototype design.

The effort began more than a year ago with Texas Instruments' introduction of the OMAP3430 mobile architecture. Then, Broadcom answered by showing off its VideoCore III multimedia processor. They promised sophisticated graphical processing with low power consumption.

At the Mobile World conference in Barcelona, Nvidia is exhibiting a show-stopping prototype handset equipped with the APX 2500 low-power multimedia processor. Like most mobile phones, the processor is made by ARM -- Apple's iPhone runs an ARM11 processor, the ARM1176JZF, for example -- an MPCore, 16/32-bit LP DDR with support for NOR and NAND flash memory. 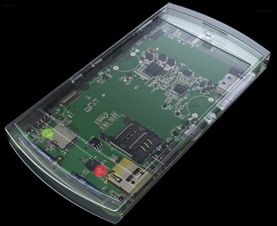 With such attention paid to graphical processing, the touchscreen prototype unit offers a visually impressive UI, and the ability to handle graphically intensive games.

Nvidia says it has worked closely with Microsoft and anticipates that phones based upon the APX 2500 will offer a Windows Mobile package specially designed to exploit its abilities. But the prototype is not only eye candy, it also offers 7.2 Mbps HSPA, quad-band GSM, WiFi, Bluetooth 2.0, and the ability for a 12-megapixel camera (though it's not equipped with one.) 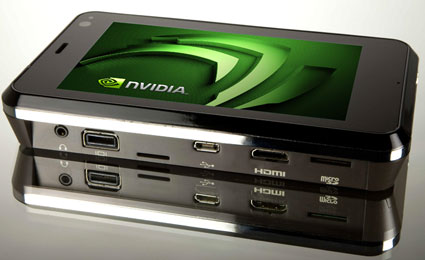