AMD transforms into a platform company, to release triple-core CPUs 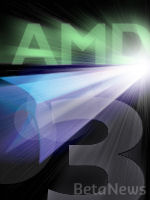 It builds CPUs, chipsets, and now with ATI, it builds graphics processors. So beginning today, AMD is radically reforming its marketing strategy, arguing now that it takes all three components together in harmony for customers to realize value.

Between now and April 7, AMD will be releasing its first triple-core processors, announced last September, along with performance upgrades to all three of its quad-core Phenom desktop processors. The success of their release may be completely dependent upon how well the company's new value proposition is received by consumers: What their CPUs may lack in performance against Intel's top-of-the-line, may be compensated when you add an AMD chipset-based motherboard and an ATI graphics card.

The triple-core line may be AMD's biggest gamble to date. Its success hinges on a theory that there's a serviceable niche of the buying public in-between its best-performing dual-core and its entry-level quad-core -- up until today, somewhere within a price gap of $31.

That will probably trigger another price drop in its dual-core segment just to make room.

Can AMD effectively differentiate its triple-core series with very little price point to stand on? "I think certainly triple-core will stand on its own for price/performance," AMD's director of platform marketing, Leslie Sobon, told BetaNews earlier this week in an online Web conference with reporters.

Sobon invoked the term uplift to refer to the price/performance differential between lower and higher product segments. "When you look at the data that we've seen in terms of dual-to-triple, triple-to-quad," she said, "there is a good place for it to fit and differentiate for itself as a stand-alone. And it will fit higher in terms of a price than our dual-core, and it'll be lower than quad. But it'll offer its own value within that space not just around price."

The best way to test the real performance of either Phenom X3, Sobon made sure we noted, was in a system using the 780G chipset. In highly multi-threaded application tests, she said, AMD sees what she calls a 30% uplift between dual- and triple-core product performance for CPUs clocked at the same frequency, and 20% between triple-core and quad-core at the same frequency.

"So it has a place in performance, and it absolutely has a great area to fit for price in-between dual-core and quad-core, to hit that sweet spot in the market," she continued.

Today, AMD finds itself in a dangerous position: It is a full process generation behind its sole competitor, and it can no longer hold claim to the high performance or even the power conservation segments of the market -- two areas which helped AMD gain an edge against Intel in 2004 and 2005. And with Intel already ramping up its foundry conversion roadmap to the 32 nm generation, AMD must make the most of its current process with only half the granularity.

There are two possible strongholds remaining, and that is where AMD is falling back and holding the line. The first is familiar territory: the value segment. Most every processor AMD currently produces gives the customer significantly more performance for the dollar than price-comparable Intel processors. BetaNews verified this claim mathematically using the latest CPU performance figures from Tom's Hardware, and the latest street prices from PriceWatch. Though there are some Intel processors which break through AMD's price/performance curve, many AMD processors remain $100 less expensive, on average, than the nearest performance-comparable Intel CPU.

Earlier this week, AMD desktop brand manager Simon Solotko demonstrated for reporters a test system featuring the latest renditions of all three elements of the company's Spider platform: a new Phenom X4 9850 quad-core processor, dubbed "Black Edition," clocked at 2.5 GHz; an ATI Radeon HD 3850 discrete graphics card; and a motherboard using an AMD 780G chipset. In one of the few performance scores Solotko would share with reporters at this early date, the system scored a 2711 on the 3DMark06 CPU benchmark.

When the 9850 Black Edition goes on sale April 7, it will sell for $235. Using performance numbers from Tom's Hardware, we determined that the nearest performing Intel CPU on that particular benchmark was its Core 2 Duo E6850, a 65 nm processor whose best sale price, according to PriceWatch, is $278.75. Performing slightly better than the 9850 in Intel's 45 nm lineup is its Core 2 Duo E8400, which typically sells now for $295.

So the price/performance gap right now between what AMD is selling as its high-performance enthusiast desktop CPU, and what Intel is already moving into its mid-range category, is about $44.

For more: AMD's price/performance conundrum: Can it keep its high-end customers?

17 Responses to AMD transforms into a platform company, to release triple-core CPUs