Creative expanded its music player lineup Thursday, releasing new models designed to be fashionable with a mosaic design where the buttons are located.

The Creative Zen Mozaic comes in four sizes -- 2GB, 4GB, 8GB and 16GB -- with a stronger emphasis on the music player's looks than functionality.

The specifications of the Zen Mozaic are rather ordinary when compared to other digital audio players, but Creative seems to be banking device's mosaic design that will likely be met with varied levels of enthusiasm from the market.

Creative continues to launch music players, but it has largely been overshadowed by market leader Apple and SanDisk, which has overtaken Creative in market share. Each company has worked not only to pack more storage space into their players, but also to make them more visually appealing for consumers.

Creative's Zen lineup now has 12 different models available to consumers. The company has had a busy July, also announcing the Zen X-Fi and Zen X-Fi with Wi-Fi, which have a 2.5-inch displays and ship with Creative software aimed at cleaning up poorly compressed sound files. 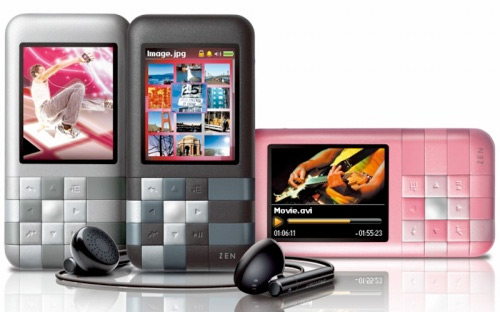