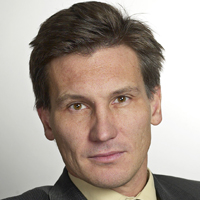 Norway continues its dispute with Apple on iTunes' incompatibility with competition. Because iTunes does not adhere to Norwegian interoperability guidelines, technically, Apple is engaged in illegal trade there.

This matter was brought up two years ago to Apple, championed by Thon and the Forbrukerombudet. In early 2007, the group presented Apple with three options: license out FairPlay, develop an open standard, or abandon DRM altogether.

At the end of September, representatives decided that Apple had had long enough, and gave the company until November 3 to comment on the matter, or else it would be escalated to a higher authority.

"A Consumer must have the right to transfer and play digital content he has purchased on whichever player he wants," said Thon at the time.

Today, on the Forbrukerombudet site, an announcement entitled Unwillingness from iTunes, says "iTunes (sic) is not willing to make changes to meet the Consumer Ombudsman's demands. Due to this fact, the case is now being submitted to the Norwegian Market Council."

Once submitted, proceedings with the market council could take as long as four to six months.

31 Responses to Norway and Apple remain disharmonious over iPod