Rather than see the chairmanship of the key subcommittee on intellectual property pass onto a users' rights supporter, the head of its parent committee has decided instead to abolish and absorb the subcommittee entirely.

When Congress resumes its full sessions after the holidays and following the inauguration of the new President, the chairmanship of one of the most important House subcommittees overseeing a multitude of contentious technology issues -- including patent reform and intellectual property rights, royalty rates for digital performances and Internet radio, and government protection of digital rights management -- might have fallen to one Rep. Rick Boucher (D - Va.), an outspoken critic of current policy.

But rather than see that passing of the torch take place, Rep. John Conyers (D - Mich.) has opted to dissolve the House Subcommittee on Courts, the Internet, and Intellectual Property. In its place, Rep. Conyers will create a subcommittee on antitrust issues, though he will fold matters dealing with the Internet and IP into his own House Judiciary Committee. 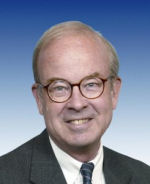 Rep. Boucher has almost invariably sided against private interests and for individuals' rights, especially on these issues:

Rep. Boucher was next in line to chair the Subcommittee, since its chairman in the 110th Congress, Rep. Howard Berman (D - Calif.), will be ascending to the chairmanship of the House Foreign Affairs Committee. It was Rep. Berman who presided over what could be considered one of the great show-trials of the post-Iran/Contra era, with a single witness on behalf of the radio broadcasting industry found himself grilled by Berman, Conyers, and even other witnesses, amid accusations that the entire radio industry intentionally defrauded musical performers of their very livelihoods, resulting in destitution and even death.

In a now-famous 2002 speech to the CCIA in which he spoke out against what he described as the evils of P2P, Berman said, "I support the use of strong DRM technologies. Such technologies not only help deter piracy, but are pro-consumer and pro-technology."

Berman was a principal author of the PRO-IP Act, which was signed into law last month. That new law enables federal authorities to seize and destroy equipment suspected of being used in piracy operations, and creates the office of the Intellectual Property Enforcement Coordinator (IPEC), who reports directly to the President.

As Multichannel News first reported Wednesday afternoon, another reason Conyers may have opted to seize control of IP affairs has to do with the contentious issue of retransmission rights. Currently, cable and satellite TV outlets are required to carry the broadcast signals of stations in the districts where they serve -- what's called the must-carry provision. With over-the-air station reception such a variable -- even in the forthcoming DTV era -- satellite providers have been permitted to sell better reception of local broadcast signals as one of their public services.

But that permission expires in 2009; and as Multichannel News reports, satellite providers will find themselves arguing their case for renewing that permission not to Rep. Boucher but to Rep. Conyers, who co-sponsored the original legislation. That may be good news for the satellite industry, since Boucher has offered amendments to legislation in the past that, while permissive of mergers such as EchoStar + Hughes, would have increased government oversight.

Exactly what Rep. Boucher might have been offered in exchange for losing the subcommittee has not been made public. Furthermore, the fate of such potentially groundbreaking Boucher-sponsored legislation such as the Community Broadband Act, which would extend aid for local carriers to provide broadband service to rural areas, is uncertain.