Microsoft acquires Yahoo from the inside out, appoints Qi Lu 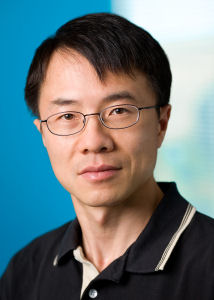 The man who could very well have given Yahoo the keys to the kingdom of online advertising, is now a very senior executive at its arch-enemy and would-be suitor. But will Microsoft do more with Dr. Lu than it did with aQuantive?

In a move that, by now, surprised precisely no one, the man who helped Yahoo get its next-generation advertising platform off the ground has now officially joined Microsoft. Dr. Qi Lu, the principal architect for the Yahoo advertising platform first known as Panama, then Apex, then AMP, then finally APT, is now Microsoft's President of Online Services.

Dr. Lu's achievement thus far has been the architecture and creation of an advertising and publishing platform that could still yield results for Yahoo, if anyone's left at that company to keep it plugged in and working right. Essentially, APT is a system that utilizes an audience targeting system to enable both publishers and advertisers to reach highly targeted readers by pairing their content together. Lu's background as a researcher with Carnegie Mellon and IBM Almaden Research Center, prior to joining Yahoo, could change the entire flavor of a key Microsoft division whose foundation up to now has been centered around marketing.

The appointment also helps Microsoft finally answer the question, "Who runs your online services?" When Ray Ozzie first joined the company as CTO, it appeared that online would be his mission. Steven Sinofsky was tapped in 2006 to run what had been called "Windows Live Services," before he was moved over to heading the Windows department. Later, platforms head Kevin Johnson took over the reins of online services, before surprisingly jumping ship to become CEO of Juniper Networks.

But when Dr. Lu left Yahoo, CEO Steve Ballmer made it clear right away that Microsoft wanted him, using The Wall Street Journal as his personal megaphone. Lu was one of a watershed of Yahoo executives and employees to leave that company last spring.

In a sense -- though not directly -- Lu replaces Brian McAndrews, whom Microsoft acquired in May 2007 as part of its $6 billion takeover of aQuantive. That acquisition was supposed to provide Microsoft with the ingenuity and the reader-targeting platform it needed to go up against Yahoo, at a time when Panama/Apex/AMP/APT seemed like a genuine threat -- one which drove former Microsoft division president Johnson to suggest that it swallow Yahoo in order to get that technology. McAndrews had been senior vice president for advertising and publishing, officially, though that made him effectively the chief researcher for its platform technology -- a position that has just been "kinged," as they say in checkers, by Lu.

Whether Dr. Lu takes with him any expertise that Yahoo could later claim was its own intellectual property, his mind alone is probably a treasure trove of exploitable information. If anyone knows how to out-apt APT, it's the system's own father.

But Lu will be president of the Online Services group -- not chief researcher, not senior vice president of engineering or head of the research department. And although Lu has had experience with facing the public, appearing on-stage frequently with his friend, outgoing Yahoo CEO Jerry Yang, whether he can provide leadership to the one division of Microsoft that desperately needs it, is a matter of some concern.

11 Responses to Microsoft acquires Yahoo from the inside out, appoints Qi Lu