More details keep unfolding about the Convertible Classmate PC, Intel's second entry into the same classroom market also targeted by NComputing and the MIT-spawned One Laptop Per Child (OLPC).

In demos at the Intel Developers Forum and elsewhere, Intel has been showing a forthcoming netbook which will feature a 180-degree swivel webcam, 1.6 GHz Intel Atom processor, 60 GB processor, and an 8.9-inch touch screen in addition to its keyboard.

According to information now leaking out, the new Convertible Classmate is set for release at CES in January. For the final product, Intel and its manufacturing partner CTL have settled on a blue-and-white lid instead of the initially envisioned greenish-yellow color. Intel also plans to preload a software program and third-party applications that will allow Windows XP to take advantage of the touch screen. 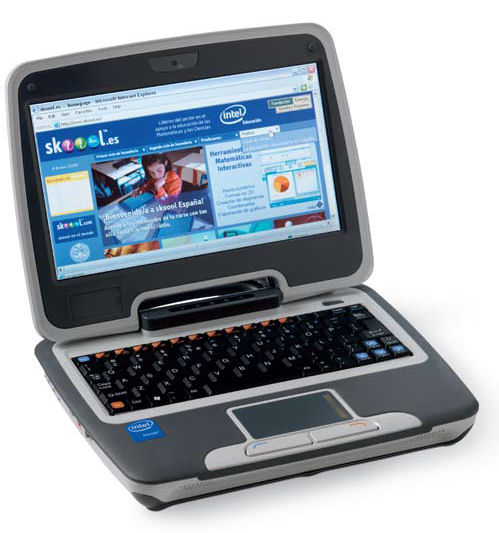 Like the original clamshell unit -- also known as the CTL 2goPC -- the Convertible PC will come with the carrying handles which have garnered the Classmate the "lunchbox" nickname.

As previously reported in BetaNews, the OLPC recently lost out to NComputing on a classroom computing deal in India because NComputing's approach was deemed less costly.