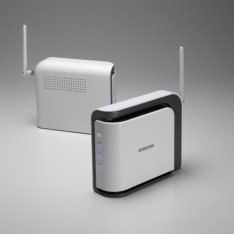 Verizon will be the next US mobile carrier to offer signal extending femtocell services for the home, according to reports. The Verizon Wireless Network Extender is expected to be available on January 25, and offer a service nearly identical to Sprint's AIRAVE femtocell.

The femtocell device will be the same Samsung Ubicell that connects to GPS and the home WAN to generate a 5,000 square foot CDMA signal. The main difference between Sprint and Verizon will be the $249.99 the latter will charge for the unit. Reports that AT&T was testing its own femtocell solution circulated last year and tapped the UK's IP.Access Ltd. as a major hardware provider. Since that time, however, there have been no updates from AT&T.