Apple secures a patent for a multitouch methodology

The US Patent Office has granted "Jobs, et al" a patent for multitouch techniques. The patent is entitled "Touch screen device, method, and graphical user interface for determining commands by applying heuristics."

Heuristics is a commonly used term in computer science, and here refers to a set of loosely-defined parameters that can be applied to numerous situations, and the important thing to note here is that it's not the commands themselves being patented, rather the device and its associated GUI and methods for recognizing those commands. 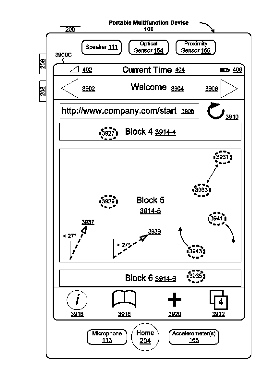 13 Responses to Apple secures a patent for a multitouch methodology